Students in the US and the UK who were surveyed just after recent terrorist incidents said they were unlikely to alter their travel plans due to the attacks. WYSE Travel Confederation member StudentUniverse conducted the survey of their youth and student customers. The booking service found very low or no impact on students’ travel itineraries following an attack on their travel destination. They also found a significant percentage of youth felt no more or less safe travelling to a destination shortly after a violent incident. Key findings include: 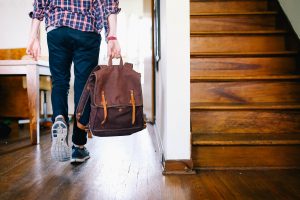 When asked about safety concerns when travelling to a destination that was victim to a terror attack or incident:

“Students are less likely to cancel their travel plans because of world events than other travellers might be. These students are often embarking on once-in-a-lifetime experiences—from backpacking adventures to Gap Years to semesters abroad—and refuse to give up their opportunity to have these travel experiences,” said Mike Cleary, global managing director, StudentUniverse. “While we certainly encourage students to be vigilant and heed all government travel warnings, we are happy to see students forging ahead with their global adventures.”

This latest survey by StudentUniverse reiterates research findings of WYSE Travel Confederation from the past few years. In 2012, the New Horizons study found that fewer than half of the 34,000 survey respondents reported being negatively affected by terrorism and crime or war and political unrest during their trip planning process. Language and hygiene concerns for the destination both had a greater negative impact on young travellers. Although New Horizons survey respondents remained largely unaffected by violence and disasters in 2012, WYSE Travel Confederation did record an increase in the impact on travel plans from the previous survey in 2007. New Horizons is the only recurring global survey of the Youth and Student Travel sector and seeks insight into the habits and motivations of 18-35 year old travellers. Responses are currently being collected for the fourth edition of the survey.