Personal recommendations are still the most important planning source for travellers

In Europe, personal recommendations rule when it come to getting travel advice.

While the internet has risen to be the second biggest source of trip planning, more traditional sources such as travel agents, guidebooks and traditional media (TV, radio, newspapers, and magazines) are losing out.

On the other hand, social media as a source of travel advice is still not matching the hype and effort that’s being put into it by travel brands.

These are the results of “Flash Eurobarometer,” a yearly study of European tourism attitudes conducted by research agency TNS on behalf of the European Commission.

The study this year was conducted  in January in 28 Member States of the European Union, along with Turkey, the Former Yugoslav Republic of Macedonia, Iceland, Norway, Serbia, Montenegro, and Israel, with 31,122 telephone respondents from different social and demographic groups.

The question: what were the sources of information they considered most important when making decisions about their travel plans?

The chart below compares this year to last year and shows that over half (56%) mention the recommendations of friends, colleagues or relatives, while 46% mention Internet websites.

Less than one in ten mentioned paid-for guidebooks and magazines (7%), social media sites (7%) and newspapers, radio or TV (8%). Respondents are allowed to give more than one answer. 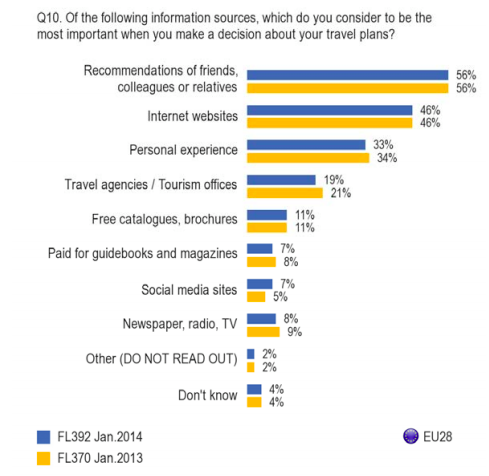 Results broken down by nationality: 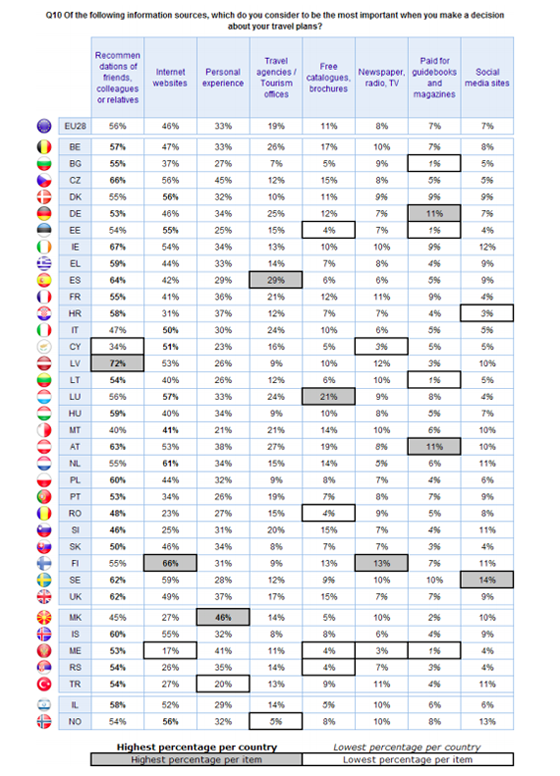 Meanwhile, on socio-demographic breakdown there are a number of interesting subtexts: 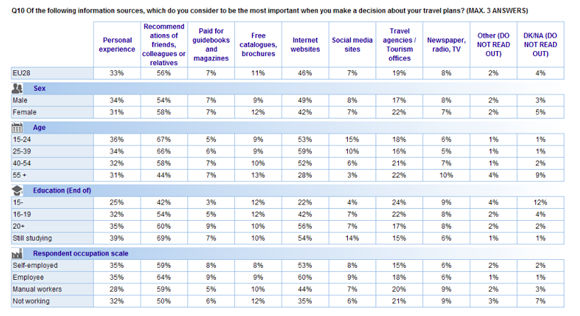