“These data clearly show the tremendous economic costs we face unless Congress acts decisively to break down barriers for the best and the brightest international students and scholars to come here,” said NAFSA Executive Director and CEO Marlene M. Johnson.

“Congress must pass commonsense, comprehensive immigration reform so that we can expand our ability to recruit, integrate, and graduate talented international students, strengthen our economy, and reclaim the values that make this nation a land of opportunity, equality, and freedom.”

The United States is in a global competition for talented international students and scholars with other nations that have friendlier immigration policies. According to Organisation for Economic Co-operation and Development (OECD) findings, the number of international students studying worldwide nearly doubled from 2.1 million to 4.1 million over the past decade.

In addition to the important economic benefits international students bring to the United States, they contribute incalculable academic value to U.S. colleges and universities and cultural value to local communities as international enrollments grow.

While NAFSA releases new economic data each fall, today marks the release of new jobs data and a new searchable data set and interactive map. The tool highlights ten-year trends while data can be broken down by region, state, and congressional district. 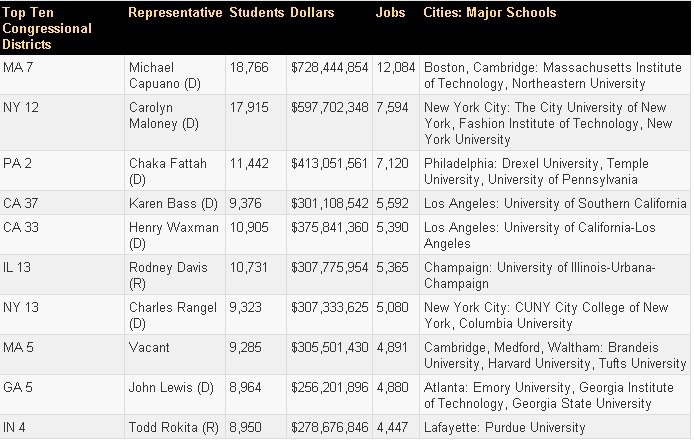