EXIT Festival begins today in Serbia and one lucky New Horizons survey respondent, and their guest, are headed there for free. Milos was chosen in a drawing of respondents who completed the New Horizons survey and was awarded two tickets to EXIT Festival. He’s a mechanical engineer living in Topola, Serbia and said he loves to travel to music festivals around the world. This will mark his sixth time attending EXIT Festival. 2017 is a special year for EXIT Festival. It is the 50th anniversary of the Summer of Love and the festival will mark some of the most important events from 1967 when the revolutionary Peace Movement began.

EXIT Festival partnered with WYSE Travel Confederation on the New Horizons survey, which seeks insight into the habits and motivations of young travellers. It is estimated that the youth travel segment included nearly 290 million international trips in 2016. New Horizons is the only recurring global survey of travellers ages 18-35. Now in its fourth edition, the survey was last conducted in 2012 and 34,000 young travellers participated.

While Milos will have the opportunity to experience a historic year for EXIT Festival with free tickets, there are still more opportunities for travellers to win by participating in the New Horizons survey. Emirates is giving away two free tickets to anywhere Emirates flies. New Horizons survey respondents can also win a three nights stay for two people at one of 4,000 Hostelling International hostels worldwide. More information about the prizes and the survey can be found on the New Horizons website. Opportunities are also still available to partner with WYSE Travel Confederation on this global study.

We wish Milos a lot of fun and great music at 2017 EXIT Festival! 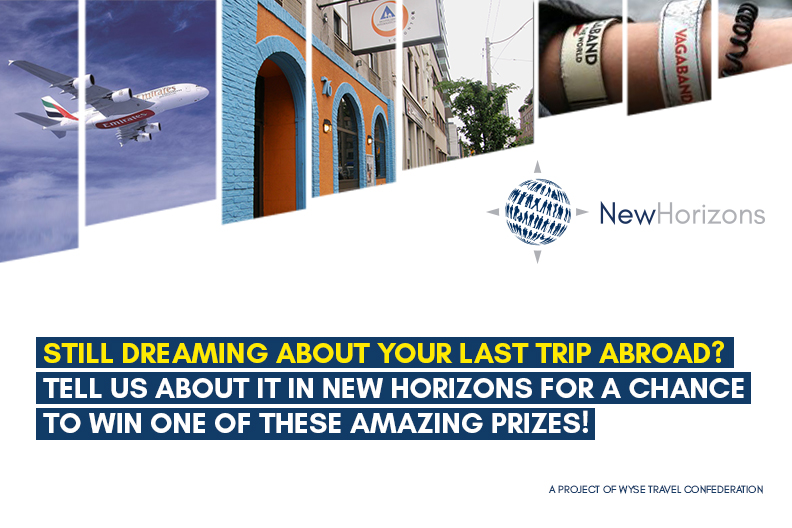