Two recent articles – one in Time magazine and the other on National Public Radio – demonstrate that American students are losing interest in summer jobs.

Time cites data from the Bureau of Labor Statistics (BLS) indicating that only 35 percent of American teenagers actually look for summer jobs, and notes (again BLS stats) that the number of young Americans seeking summer jobs has declined 15 per cent over the past 15 years.  So this is a trend, not an aberration. 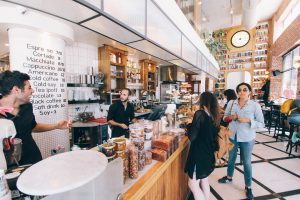 Time argues that the decline is mostly about American students’ aspirations for higher education.  As college admission in the U.S. grows more and more competitive, American students increasingly spend their summers on academic enrichment or resume-building activities like internships, organized sports, and volunteering.  Time reports that resort operators have filled the gap with older American workers and international university students, who come to the U.S. through the Department of State’s Summer Work Travel (SWT) program.

NPR agrees that declining interest in summer jobs has to do with college, but arrives at its conclusion via a different path.  The piece makes a persuasive economic case that low wages from a summer resort job no longer make a dent in sharply rising college costs.  Students thus invest their time in activities they perceive to have a higher return, i.e. enhancing their resumes, even if the return isn’t monetary.

The appearance of these articles is timely.  The White House and several federal agencies are working on plans to implement an Executive Order entitled, “Buy American, Hire American.”  A sharp reduction in the Summer Work Travel program is apparently under discussion.

This would be a very serious mistake.

First, as the BLS data show, international students who come to the U.S. on SWT are not displacing Americans.  Instead, they are filling a gap that the tourism sector of our economy desperately needs filled.  Time quotes Tommy Diehl, president of a major attraction in the Wisconsin Dells:  “If anyone says these people are taking jobs away from Americans, they don’t know what they’re talking about.”

Just as important, SWT is the State Department’s largest exchange program, and its only program that reaches undergraduates in significant numbers.  And because the program is funded through student fees, all these positive people-to-people connections happen at no cost to the US taxpayer. 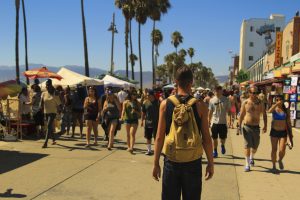 Students come from all over the world – Ireland, Russia, Ukraine, China, Turkey, and Brazil are among the largest sending countries – and enjoy the powerful cultural exchange experience of learning to live and work in a new country.  Students cover their program and living costs through their earnings.  Surveys show that over 90 percent of these students are motivated to visit the U.S. by their desire for cultural exchange, not because they want to work. Ninety percent have a positive experience, make American friends, and improve their English.  And a remarkable 98 percent recommended the program to friends, a clear sign of a successful exchange program.

We have a popular, successful Summer Work Travel program that builds good will for the U.S around the world at no cost to the American taxpayer, directly connects us with students who are future leaders in their home countries, and supports our tourism sector by filling a critical seasonal gap.

And yet, policymakers are considering sharply reducing the size of the program, or perhaps even eliminating it, despite much-diminished demand from Americans for such jobs.

Someone asked me recently if this circumstance really poses a serious threat to the program.  After all, she continued, SWT has faced regulatory challenges in recent years and always has emerged stronger.

My answer:  on a scale of an existential threat with 10 being the most threatening, we are now facing a 10.  What’s going on in Washington is not a discussion about the best way to run the program, but whether we should have the program at all.

All American stakeholders in this program – host communities, employers, and sponsors – should make their voices heard by their Members of Congress and the White House.  Summer Work Travel is a national diplomatic asset – low cost, high value, long-term payoff – that we need to preserve.

The above article is an opinion piece written by Michael McCarry, Senior Advisor at CENET. With over 37 years of international experience– both as a Foreign Service Officer and the Executive Director of the Alliance for International Exchange– Michael McCarry is a leader within the exchange community, with distinct insight and knowledge in policy, foreign affairs, and public diplomacy.