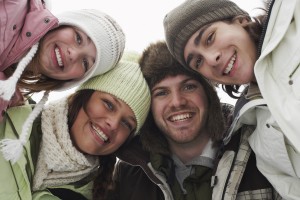 South Africa’s population is “heavily weighted in favour of the young“, says Bryer, and the spending power of the country’s growing middle class is rising, so that many companies are focusing predominately on millennials as their current and future market.

“The big change in SA over the last five years or so is in the new middle class, and the big change in that is that two-and-a-half or three years ago the black middle class (encompassing all previously disadvantaged race groups) overtook the white,” said Bryer in an interview with BDlive.

“The big difference between our environment (and the Western one) is that a lot of South African millennials still have roots in their culture and upbringing.”

This means that catering to these people requires awareness that many of them are the first middle-class professionals in their families and have other family members reliant on them in various ways, which means their spending power is more circumscribed than that of their Western peers. This important aspect of SA’s 18-35s has also been pinpointed this year in research by marketing company Brands Laduma.

“Many of them are keen to enjoy travel, but they can’t afford much. Cape Town is a very important destination to them. It’s an aspirational holiday,” he says.

“Traditionally, they will spend on quality. They don’t want cheap and they search widely using social platforms (such as Facebook, Twitter and Instagram) to find the best deal.”

Travel agency Student Flights’ experience is also that price is king among the 18-35 age group.

“Their main aim is to get the best prices, value comes second.”

In SA, Student Flights’ most popular destination is Sun City.

Bryer says that while many of the differences between South African and Western millennials are slight — they all want to be able to use mobile technology wherever they go, for instance — SA’s particular circumstances often require a change in emphasis.

“In SA data costs are very high, so wi-fi is very important to South African millennials and we (at Protea Hotels) put a lot of emphasis on it. It is cheaper overseas and really just expected,” he says.

Another marked difference was in food tastes. In SA many millennials were still after “traditional steak and burger joints” while Western millennials wanted healthy food.

Like their Western counterparts, SA’s millennials wanted “instant gratification”, so Protea Hotels was looking at using technology to speed up the hotel check-in process. Also, technology allowed for personalisation, for example ensuring that hotel room welcome cards were personalised instead of generic.

Millennials world over generally spent less time in their hotel rooms, and wanted social environments in which to spend time, even if working alone, Mr Bryer said.

Technology really is the big thing, says Mr Bryer. This had pressed Protea Hotels, which won the Sunday Times Generation Next Coolest Hotel Award for five years running, to focus a lot of its marketing on creating “talkability points” on social platforms, such as the themed Protea Hotel Fire & Ice toilet cubicles that had created a lot of chatter on Twitter and other platforms.

The company also uses social media as a platform for more traditional marketing, such as YouTube video and Instagram, he says.

“We spend the majority of (our budget and efforts) on this sector, but that’s not to say we ignore other generations. We use different platforms to engage with the different generations.”