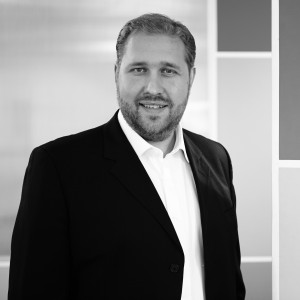 These changes affect students who wish to study English as a foreign language (EFL) in the country and threaten to cut South African language school business by between 20% and 60%, according to Education SA (EduSA) Chairman and Director, and Founder of Cape Town based EFL school Kurus English, Johannes Kraus.

“The new immigration laws – which state that the current accreditations held by EFL schools are insufficient to obtain study visas for our students – have had a significant impact on our industry. EduSA, a sub-sector of the South African Youth Travel Confederation (SAYTC), recently collected statistics from 23 member EFL schools in South Africa and the findings show that in the first quarter of 2015 student numbers have declined by 24% compared to the same quarter in 2014. Sold student weeks have decreased by 27%,” says Kraus.

“This process can take up to a year to complete due to various constraints within the SSETA and their own internal backlog. In 2012, all then members of EduSA (20 in total) applied for SSETA accreditation; since the immigration act changed in May 2014, schools need to reapply for accreditation of a full qualification, not only one course,” Kraus explains.

“Parallel to the Services SETA accreditation process we have been in contact with the Department of Higher Education and Training (DHET), who officially stated that EduSA institutes are legitimate operating companies accredited with Services SETA and hence the Quality Council for Trades and Occupations (QCTO).”

Kraus goes on to explain that the most difficulty comes in with the QCTO, which is an accreditation body whose institutes do not require registration with the DHET. Therefore, organisations cannot be registered with the DHET, which is the Department of Home Affairs’ major requirement for study visas.

“Unfortunately, due to the new government stipulations, it is not only language schools that are affected, but tourism in general,” adds Annaelle More, Head of Cape Town based EFL institution and WYSE Travel Confederation member Cape Studies Language School.

“Students wishing to apply for a study visa are now restricted and required to submit endless documentation which has to be supplied by the language school,” she says.

However, Kraus says that despite the current industry woes actions are being taken and he is hopeful that an interim solution will be found soon.

“Over recent weeks, EduSA has had several meetings with officials from the Department of Home Affairs, including Fatima Chohan, Deputy Minister of the home affairs office. Our problem has been recognised and the DHA is working on a possible short-term solution and we hope to be able to meet with the Department of Higher Education and Training soon. These are small steps but we are at least making head way, said Kraus.”

Earlier this month the Global Alliance of Education and Language Associations (GAELA) issued a statement in support of EduSA’s efforts, urging more effective communication between government and sector stakeholders in light of the damage being caused by the new visa measures.

“GAELA supports the call from EduSA – the peak organisation representing English language schools and a member of GAELA for the South African Department of Home Affairs and the Department of Higher Education to sit down with them and develop a coherent approach to ensuring the sector is globally competitive in being able to attract international students for language learning.”

“Changes to immigration rules implemented during 2014 have led to confusion around the status of EFL, with some South African embassies considering English language study not appropriate for a study visa,” GAELA stated in its communication.

“South Africa as an EFL destination has a market share of about 1.2 – 1.5%, which means there is a lot of potential for growth, and now that we are talking to the highest sphere of government, I am hoping that we can explain just how much potential the industry has. With a bit of government support, I am optimistic that we could increase student numbers quite easily,” concludes Kraus.

Johannes Kraus will be hosting a workshop at WYSTC 2015 around the EFL sector in South Africa, utilising statistics of EduSA.