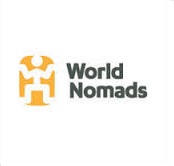 One journey has come to an end and another is beginning for the founders of online travel insurer and WYSE Travel Confederation member World Nomads Group, which earlier this month sold for AUD 95 million to listed health insurance giant NIB.

The sale was the culmination of a process instigated by the company in January and includes the brands World Nomads, Travel Insurance Direct and SureSave. Figures show that the World Nomads Group generated Gross Written Premiums of AUD 117 million and earnings before interest, tax, depreciation and amortisation of more than AUD 10 million for the financial year ending June 30.

Existing management will stay with the company, founded back in 2000 by Simon Monk, Mike McAuliffe and Wayne Tregaskis.

“In 1997, I bought worldnomads.com as my personal website address – thinking it sort of philosophically reflected who I was – and created one of the first travel blogs (before ‘blogging’ was invented) by faxing home the stories and sending the film canisters by courier! It was the first step toward establishing our community of world nomads and toward keeping us connected.

Even though I had a day job, in 2000 I was approached by Wayne Tregaskis and Michael McAuliffe to develop an online travel insurance service for backpackers. It was a market that everyone said was fraught with fraud, but we felt we could do things differently. As a bunch of passionate travellers ourselves, we figured we had a fair idea of what travellers needed and wanted. We decided to address the three key concerns: freedom, safety and connection.”

In the years since World Nomads has grown to become an Australian market leader with significant offshore revenues. Its expansion is notable for the clever development of the core World Nomads brand as a travel rather than insurance company.

Key to this has been its alignment with the likes of Lonely Planet and National Geographic, while it also founded the non-profit Footprints Network. SureSave and Travel Insurance Direct, on the other hand, are purely utilitarian.

Mr Monk said management sought outside investment to grow the company, which is operating in an exceptionally competitive online environment. He also pointed to the spectacular growth of Booking.com following its acquisition by the Priceline Group for USD 135 million in 2005.

However, the truth is that World Nomads’ new owner NIB is a health insurance company – not an online powerhouse led by a visionary CEO such as Jeff Boyd. And while NIB boss Mark Fitzgibbon claimed that World Nomads’ culture “is very much aligned with our own”, that’s a little hard to digest given the radically different backgrounds of each company.

The deal closes in 60 days.