HI USA CEO Russ Hedge talks about sleeping with strangers, and other ways air travel might be changing us today 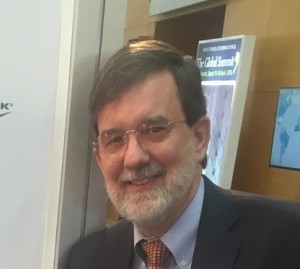 Several weeks ago I awoke from a fitful sleep to a stranger’s eyes gazing into mine. She and I wearily looked at each other, and then we turned away without another thought. Welcome to United Airlines #950, an overnight flight from Washington DC to Brussels.

As a frequent traveller, I have been exhaled on, rubbed against, and even crushed by people I didn’t know. Once upon a time, I was bothered by the intrusion, but now I take it in stride. On that Brussels flight, as I shifted in the opposite direction towards a heavy-breathing male passenger, I physically confirmed the obvious: every time I board an airliner, I am prepared to surrender my usual personal space!

Part of staying at a terrific hostel is getting there, and our experiences in the air can be the stuff of some great story-trading with other travelers once we land. Like many of you, I have my own favourites. 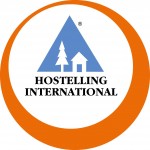 But beyond being a source of entertaining stories, I’m fascinated by how air travel might be familiarizing us with practices that we necessarily accept as part of flying and then come to embrace while on the ground.

I am a traveller with plenty of miles in the air – over 100,000 last year. And I have lots of company. About 660 million of us board domestic flights annually, or about 1.8 million passengers every day. With so many flying, at what point do all those millions of passenger experiences add up to change in how society thinks?

Here are the sorts of things I think about:

Smoking
Smoking was banned on domestic flights under two hours in 1990 and all domestic flights in 2000 around concerns for health and over the objections of smokers. On the ground, California was the first state to enact a statewide smoking ban in 1995, followed by increasing numbers of other states, especially between 2004 and 2007.

Unisex lavatories
Introduced 80 years ago on commercial aircraft, there’s a good reason for shared facilities:  having separately-designated male and female toilets would lengthen lines and wait times. As travellers, we have long accepted unisex lavatories in airplanes, while they were largely a non-starter on the ground. Now local laws are being changed to allow them.

Class distinctions
Airlines have multiplied passenger classes of service to encourage and reward travel. My carrier, United, has five boarding classes on the ground, and up to four in the air (economy, economy plus, business and first). At the same time, Americans are becoming more class-conscious generally. I can’t help but wonder if airline programs are inadvertently building tolerance for class distinctions.

What do you think?  As you have traveled to your own hostel destinations, what trickle-down effect from the air have you seen?