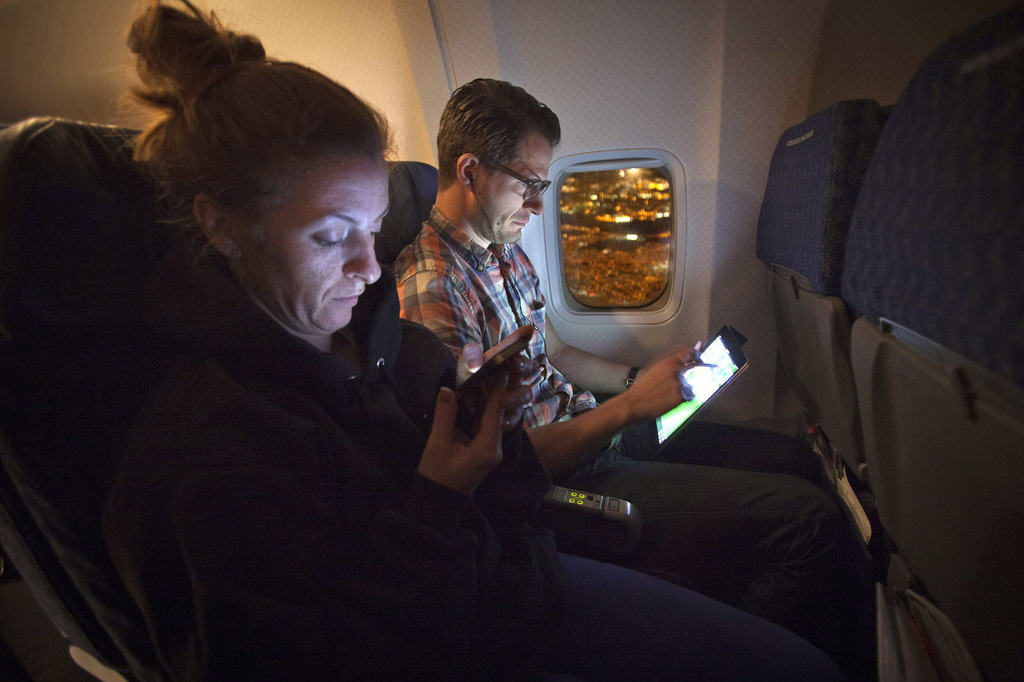 With help from Honeywell International Inc., AT&T will begin offering the service as soon as late 2015 for in-flight Internet connections and entertainment, as well as for cockpit communications, according to a recent statement. The 4G LTE technology it will use on board is the same standard AT&T employs for its fastest mobile-phone network.

The company is seeking to tap into growing demand for reliable Internet access on planes as more passengers bring digital devices, such as tablets and e-books, to pass the time during flights. That’s a market that Itasca, Illinois-based Gogo has tried to corner, offering broadband service on more than 2,000 commercial aircraft and more than 2,000 business jets.

AT&T would be the first provider of 4G LTE on planes, said Roger Entner, an analyst with Recon Analytics in Dedham, Massachusetts.

“The service could potentially be faster, since you don’t have to bounce up to a satellite,” he said.

Shares of Gogo dropped 22 percent to $14.38 in late trading after Dallas-based AT&T announced its agreement. AT&T was little changed at $35.08.