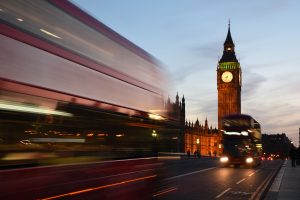 The plans, endorsed by Khan at a cross-party event inside London’s City Hall on Friday morning, would see visitors paying up to 5% extra on their hotel bills.

Speaking to journalists afterwards, Khan said that tourists should contribute more to the city they visit.

“London is the number one destination for tourists in the world,” he said.

“Hotels do very well out of that. What we’re saying is when the tourists come they opt to pay a small level which will help improve the city.”

The levy is based on similar taxes imposed in cities such as Berlin where tourists pay an extra 5% on their bill.

Under Khan’s proposals local authorities would be given the option of imposing the levy, which would then be used to pay for infrastructure and environmental improvements in the city.

In response to this announcement chairman of the the British Educational Travel Association, Steve Lowy said ”Introducing a Bed Tax in the UK would be massively detrimental to the youth travel industry in the UK.

As an association, we have a large number of members who provide high-quality, great value accommodation to young people from all over the world. Whether in urban or rural locations, long-term student accommodation, to overnight stays in youth hostels, creating a bed tax would only fuel the fire when it comes to the perception of the UK being an expensive destination. Youth travellers of today are the business and family travellers of the future, and this move by government would not only create short term damage to youth travel, but a long term negative perception of London and the UK as a destination that offers great value.

The BREXIT decision already alienated many young people from visiting, and we feel we need to do everything we can to encourage young people from across to the globe to visit the UK in a post-BREXIT Britain.”.”