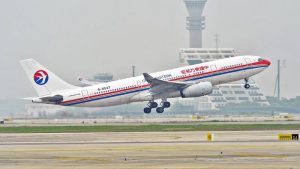 A potential deal would join China Eastern, who has promised direct flights from Perth to Shanghai by the end of 2018 (AAP).

A planned non-stop flight from Perth to India has been described as a future boon for Western Australia. State Tourism Minister Paul Papalia said India is his next ‘non-stop target’, revealing Tourism WA is currently negotiating with an Indian airline. Many international students in Perth are Indian.

“The other markets are almost saturated. For instance, Singapore has a lot of carriers flying there. There’s an increasing number of carriers to Bali.” he said.

“The government is taking a broader view on this. They are looking at access to things like education, even medical tourism from India coming into Western Australia.

“This could be a big boon.” A nine-hour flight to Mumbai would be the most likely route according to Mr Taylor.

The McGowan government is also negotiating with two Japanese airlines to introduce a non-stop flight to Tokyo.

“Whichever one of them moves first, we’ll go with them,” Mr Papalia said.