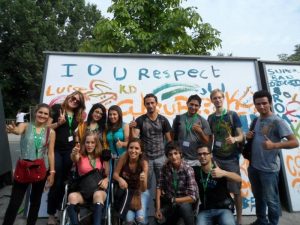 It’s called citizen diplomacy, and in these days of numbing public rhetoric, it’s the right time for individual Americans to actively embrace it. Citizen diplomacy means that an individual has the right, even the responsibility, to help shape relations between countries. It happens when we travel abroad and show an interest and respect for other cultures and a willingness to engage in conversation with an open mind.

In the best of times, citizen diplomacy strengthens the ties that bind countries. In the worst of times, it helps to mend them.

A best example was in Italy in late 1965 after a flood in Florence left churches and museums under tons of mud. Within days young people on their own initiative began arriving from across Europe to help rescue works of art and to bring food and water to elderly residents trapped on upper floors. And as the word spread, they traveled from farther and farther distances – including the USA, Canada, Japan and Australia – to help with the clean-up. Local Florentines affectionately remember them as “Mud Angels”. 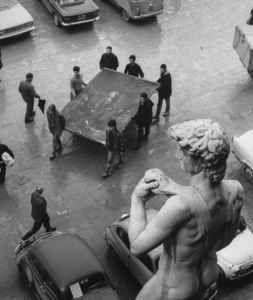 Twenty years later I experienced it for myself when I crossed behind the Iron Curtain to travel in Germany, Hungary and then-Czechoslovakia. While formal relations between the East and West were chilled, the residents I met during my travels were welcoming. Their conversations and warmth left me engaged. When I returned home I viewed the world differently, and later felt my own sense of connection with the fall of the Iron Curtain in 1991.

Hostels had a hand in both instances. A growing hostel network in Europe after WWII helped enable the mobility of young people on the continent. The movement is credited with building the closer connections among countries that led to a more unified Europe after centuries of division. It’s a legacy which continues to shape HI USA’s focus as firstly a cultural exchange organization.

Today, it’s the relations between the American people and the rest of the world that increasingly need to be fortified. With government diplomacy afflicted by mixed and damaging messages, individual Americans from all walks of life have a greater role to play.

With a passport in hand, it’s time for us all – as tourists, students and business people – to step forward as America’s ambassadors for mutual respect and human progress.