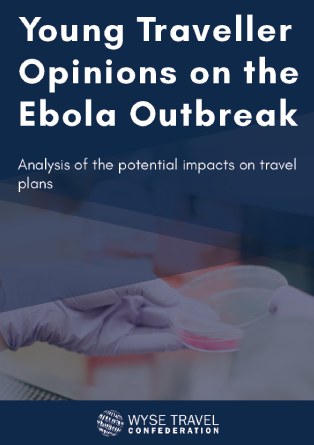 In light of media attention and its potential impact on travel, WYSE Travel Confederation developed a brief questionnaire in November 2014 to canvas a sample of young travellers for their opinions on the Ebola outbreak and whether the outbreak had any effect on their travel plans for the next six-month period.

The Young Traveller Opinions on the Ebola Outbreak reports the findings of the survey, including impact on travel plans, opinions on media coverage of the Ebola virus and governmental measures to control the outbreak.