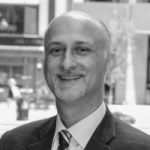 Nine months into a new American administration, challenges are mounting for the exchange community. Those challenges include steep proposed budget cuts, increased visa screening procedures, and potential restrictions on privately-funded exchange programmes. The Alliance workshop will provide a policy update and share the findings of a new report on the impact of the Summer Work Travel program. It will also explore ways to engage the media and elected officials.

Ilir is a life-long human and civil rights activist. Ilir came to the U.S. as a political refugee. He took part in an IREX exchange in Albania after law school. He also helped to establish the Hope Fellowship program, a women’s leadership exchange established to promote development after the Kosovo War.

Ilir joined the Alliance for International Exchange as of 1 January 2016. Under Ilir’s leadership, the Alliance is expanding its engagement with the media, Congress, and the Administration.

Most recently, he was the Executive Director of the National Conference on Citizenship (NCoC). At NCoC, Ilir played a central role in developing the Service Year exchange designed to dramatically increase the number of national service positions in the U.S. Previously, he was the Executive Director of DC Vote, where he created and led a coalition of 100 nonprofit advocacy organizations focused on promoting full DC representation in Congress. Ilir also cofounded and led the National Albanian American Council (NAAC). NAAC successfully advocated for U.S. intervention to stop ethnic cleansing in Kosovo.

Ilir gained political experience working in the Clinton Administration and re-election campaign. He also served on Capitol Hill for Congressman George Miller. Ilir has taught emerging leaders at Georgetown University and is an associate with the Human Systems Dynamics Institute. In addition to his professional accomplishments, Ilir has served as an advisor to four presidential campaigns and the Ad Council. He is also a judge for the NAB Service to America Awards.

Ilir graduated with distinction from Cornell University and received his law degree from the University of Virginia.