a&o Hostels has partnered with Berlin startup Das Lab to offer COVID-19 testing facilities at selected properties. Those wishing to travel over the Christmas period may be required to show proof of a negative PCR test, and with this in mind, the first Das Lab test centres have been set up at a&o Hostels Düsseldorf and Frankfurt Galluswarte.

Tests are carried out by medical professionals in a&o Hostel’s converted seminar rooms, and travellers or locals can book, pay for and receive their test result digitally.

Further test centres planned
Test centres will also be set up at a&o Hostels properties in Berlin, Bremen, Leipzig and Nuremberg. ‘On average, a test with us lasts no longer than 15 minutes,’ said Phillip Winter, a&o Hostels CMO. ‘Everything happens as much as possible without using the same contact points as guests.’ For example, test candidates in Düsseldorf come and go through the supplier entrance.

Oliver Winter, Founder and CEO of a&o Hostels said: ‘Supply and demand meet optimally here. a&o Hostels is always to be found at central locations – that makes sense especially with regard to this offer. It was only a matter of time before test centres were temporarily set up in locations that actually have a different function. Conversely, a&o Hostels has been looking for or offering alternative uses from the very beginning of the pandemic and has always shown itself to be very flexible and creative.’

Dr. Daniel Fallscheer, Co-Founder and CCO Das Lab: ‘In a&o Hostels we have found a partner with properties in central locations in all major cities in Germany. Our customers really appreciate this proximity. From the initial meeting to opening in under a week was equally record-breaking.’

About a&o Hostels
The a&o Hostels chain was founded in 2000 by Oliver Winter and Michael Kluge (retired 2016). The company started with just the dream of running a couple of hotels in Berlin. To this day, a&o Hostels is the biggest privately owned hostel chain in Europe, operating 39 properties in 23 cities. The unique combination of hotel and hostel under one roof makes a&o Hostels an interesting concept. The hotel area offers comfortable rooms at reasonable prices and the modern hostel area gives guests the possibility to only pay the price for one bed in an appealing ambience with international flair. 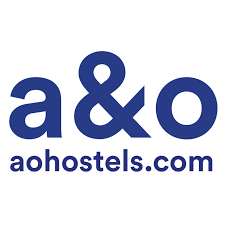