Is this the world’s most unusual hostel room?

Lucky travellers will have the chance to sleep in one of the world’s most unusual hostel rooms – after developers discovered a secret vault while creating a trendy new stopover for young backpackers.

Fit out experts and architects uncovered the hidden 3.2 square metre vault during refurbishment of a former fruit market in the historic heart of Edinburgh, Scotland, a hugely popular destination with young travellers.

Now bosses of the successful St Christopher’s Inn chain have transformed it into the centrepiece room available to guests at its new 139-bed hostel, retaining the foot-thick walls and the original six-inch thick, steel safe door – which has been welded open to avoid any trapped travellers.

“It didn’t show up on any plans so we didn’t know this vault existed until the site team came across it. The entire room is basically a large, walk-in safe.

“Our best guess is that it was a vault for cash takings from the days when the site was a flourishing fruit and veg market serving the city. Certainly, it would have been almost impregnable.

“As well as reinforced walls that are more than a foot thick, it has a steel door which weighs more than a tonne. Sadly, there was no secret stash of cash or bullion inside. In fact, all we found was an old shoe.

“We believe we have come up with the perfect use for the space, by turning it into a brilliant double room with all mod cons.

“It is very cool and different and we really expect it to appeal to our young target market. And with doors and walls so thick it is guaranteed to be very well soundproofed!”

This unique offering at St Christopher’s Inn Edinburgh Old Town will be the pick of 18 rooms in the new hostel, which has just opened in the Scottish capital. Each of the cleverly-designed rooms have been themed around a different area of the city.

The Vault Room is the most exclusive in the hostel, which caters for young backpackers from all over the world. As well as a double bed, and an en suite bathroom it has lots of design elements giving a nod to its heritage – including specially-designed wallpaper that looks like rows of safety deposit boxes, and an internal safe that provides a gamification experience where the guest can crack a code and break into the safe to win some goodies.

The challenge comes as part of a long-term partnership between Beds and Bars and local escape room specialists Escape Reality, to implement permanent game features and puzzles in the room and provide a unique entertainment experience exclusive to those who stay in the Vault room.

On the VIP Launch Night of the hostel on Thursday, 21st November, Escape Reality opened a pop-up escape room inside the Vault room to give guests a taster of the new room and celebrate the official opening.

While the vault is believed to date back to the building’s boom period as a thriving fruit and veg market in the late 1800s it isn’t the only important find in the B-Listed venue. The two-storey structure, which backs onto Waverley train station, also boasts 10 historic “phoenix columns”.

The unusual, iron, hexagonal columns were patented by Samuel Reeves of the Phoenix Iron Company in Pennsylvania in 1862 and are renowned for their immense load bearing weight – hinting that the building was designed for heavy industry related to the neighbouring train station.

As part of the sensitive refurbishment of the building, the columns have all been incorporated into the design while historic stone and steelwork has also been restored and will be left exposed. The external façade has also seen the original doors and windows restored and ironmongery has been sourced to carefully match what would have been there originally.

All the rooms in its hostels are modern pod beds (double or triple bunks) with locker storage for each person under the beds. All of the beds also come with USB points, privacy curtains and reading lights.

While the bulk of the Edinburgh investment has been in the new venue – including a brand new Belushi’s bar downstairs for hostel guests and Edinburgh locals – the original hostel across the road will also benefit from a series of improvements and upgrades, including a revamped reception and as well as a chillout and breakfasting area.

Issued on behalf of St Christopher’s Inns by Holyrood PR in Edinburgh. Further information on 0131 561 2244 or info@holyroodpr.co.uk 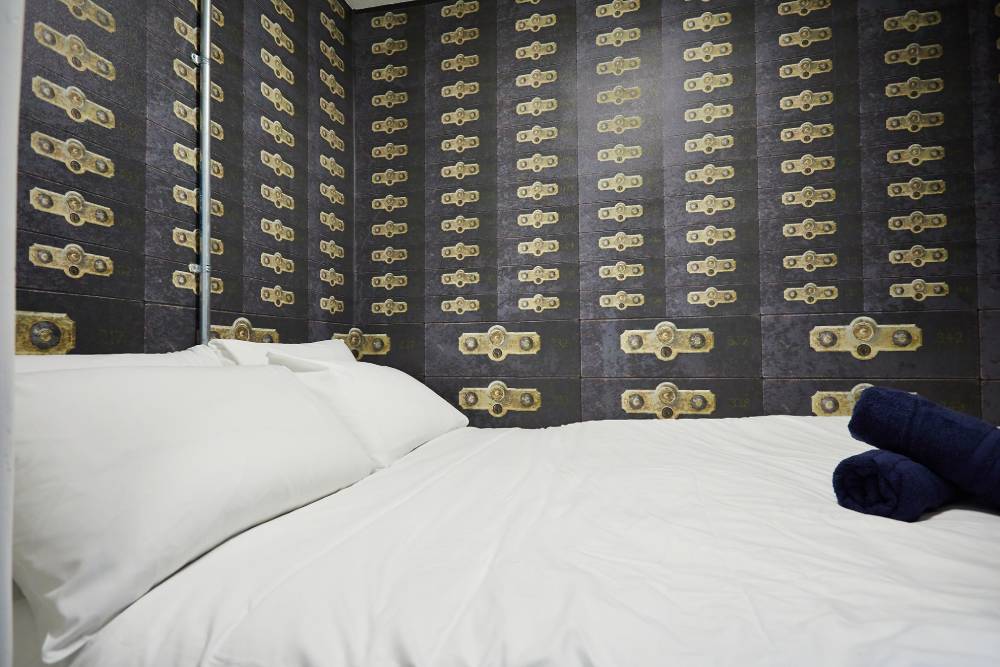 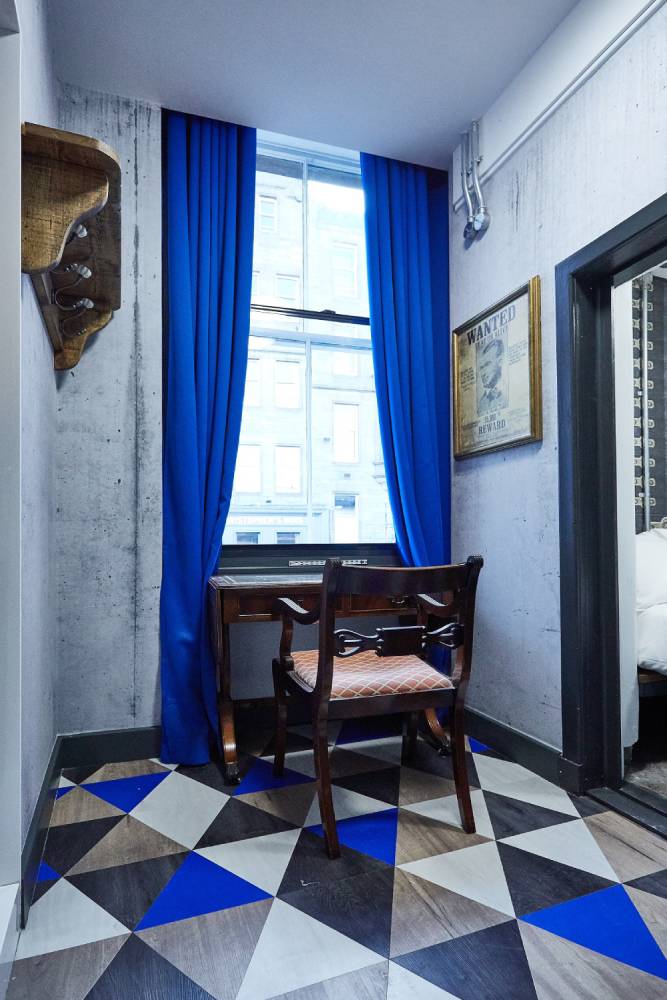