Profiling female role models is one of the key things we can all do to show other women in the youth travel industry that they can make it to the top as well. Here are just a few of the influential female leaders within the WYSE Travel Confederation community. We encourage you to profile the leading women in your own organisations too.

What were the five most significant moments in your career that brought you to where you are today?
It would be very hard to narrow it down. It has been a culmination of many impactful moments in my 20-year career in this industry that have gotten me to where I am today. The incredible international destinations I have had the privilege of visiting all over the world on my business travels, the international partners I have had the honor of working with over the last two decades who have given me so many insights into effectively doing business across borders and cultures, as well as the myriad of fascinating industry colleagues I have gotten to know through industry conferences like WETM and WYSTC – these are just a few of the many moments and experiences that have truly impacted me and helped me get to where I am today.

Who supported you most in your career development and what did they do to help you?
Again, it has been a culmination of leaders in the industry who have supported me and that I have watched in action over the last 20 years who have helped shape me into the professional I am today.

When I first entered the industry in 1999, it was Stevan Trooboff, former CEO & President of CIEE, and Elizabeth O’Neill, former EVP at CIEE, who first helped me grow within CIEE. They both gave me the opportunity to take on many different management positions which included crisis management, operations, human resources, and sales. They also introduced me to the international exchange industry and, as a result, helped me build my network at industry events around the world. CIEE’s current CEO & President, Jim Pellow, has also very much supported my continued growth at CIEE. His confidence in my skills and abilities has provided me the opportunity to take on new challenges that continue to keep me excited and engaged. 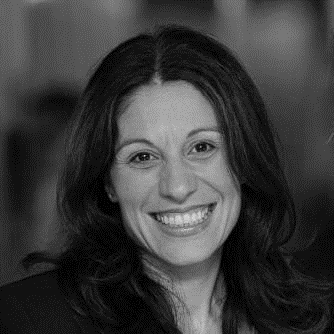 How do you support other women in their climb up the career ladder?
I always make myself available to any women who would like to connect and learn more about our amazing industry. I look to help the many capable female staff within our organization continue to grow professionally. This has inspired me to participate in our mentor programs we have had at CIEE.

What advice would you give to a woman looking to become a leader in the youth travel industry?
In my experience, the most essential quality of leadership is integrity. An effective leader, be it a woman or man, can adjust their approach without comprising their values. Further, a leader possesses both confidence and kindness. Lastly, in order to become a leader in this industry, it is so important to learn from other industry colleagues – seeking out a strong mentor to help you grow professionally as well as helping to be a mentor for others.

What were the five most significant moments in your career that brought you to where you are today? 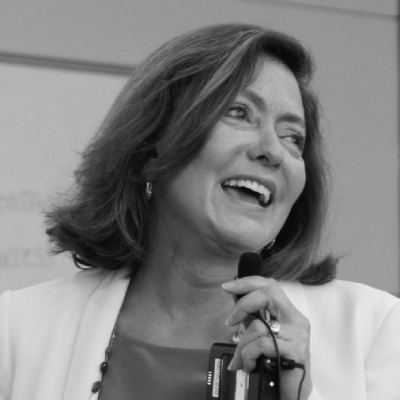 Who supported you most in your career development and what did they do to help you?
My dad. He always told me that women were incredibly capable, that our capabilities were highly underestimated in the business world, and that I could do anything I wanted to if I put my mind to it. He pushed me hard to expect the most of myself and to believe that I didn’t have to be a man to be successful.

How do you support other women in their climb up the career ladder?
I thrive on supporting the success of young women both within our organization and internationally. There is nothing that gives me greater pleasure than to hire recent college graduates in entry level roles and then support their growth to positions of leadership by providing learning experiences, advancement opportunities and mentorship. I am equally passionate about helping to facilitate the means for female exchange students from countries worldwide to recognize the strength and power they have within themselves to make a positive impact on the lives around them and within their home communities that in many cases are facing daunting challenges. We support them through scholarships that we fundraise for. Later, I assist them in reflecting upon and sharing their experiences through public speaking workshops that enable them to articulate themselves with confidence and pride.

What advice would you give to a woman looking to become a leader in the youth travel industry?
The gift of being a woman is that we combine the same intelligence that men have with the compassion and intuition that come so naturally to our gender, providing us with the platform to become the dynamic, effective leaders and inspiring changemakers that we were born to be.

What were the five most significant moments in your career that brought you to where you are today?
Significant moment number one actually occurred before I really started my career. It was my exchange year in the US, during high school. I realized that I loved traveling and I decided that I wanted a job that allowed me to travel and have the flexibility to do my own thing. This later influenced my choice of university and the first job I took out of university.

The second defining moment was that I really did not like my first job. It was in the field of youth exchange and travel, yet, there was no room for expressing ideas or creativity. I decided that if I ever was in a leadership position, I would definitely embrace ideas from staff and make sure that everyone knew that they were welcome to use their brains.

I started looking for a new job which takes me to most significant moment number 3: I got an offer as a program manager from Experiment e.V., the organization I still work for and have been running for the past 13 years. At the same time, I had another offer that paid much better and looked as though there could be better opportunities to climb up the career ladder. In the end, I listened to my heart and went with what felt better, not what paid better. I have never regretted that step. 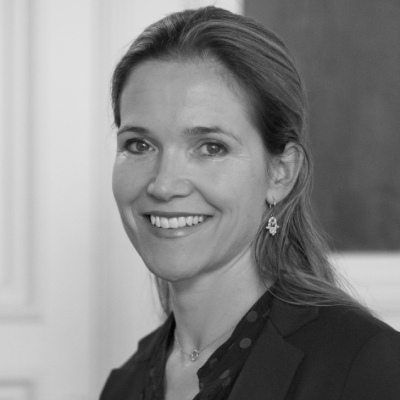 Since then, there have been lots of defining moments, but I would say that having my first daughter (by now I have three) was another very significant event in my career. Up until then I thought that talk about women’s rights and equal opportunities was nonsense and that if you are good at what you do, you will always succeed. When I had my first daughter, I realized that I was wrong and that there was still a huge disadvantage for women.

Last but not least, there were many moments when I had to endure rude or inappropriate comments and when I had my second daughter, I decided to no longer always be “nice,” but to call out sexist and unfair behavior. “Do no harm. Take no sh…” has become my mantra.

Who supported you most in your career development and what did they do to help you?
There were many people along the way, I really couldn’t pick just a few. There were those that supported me by giving me good advice, by listening to my challenges and by encouraging me to carry on. There were those that criticized me brutally – and while it didn’t seem very supportive at the time, it helped to make me think, and in the end, it made me a better leader. And then there are all of those that support me in many other ways: great colleagues, great friends and family members, and last but not least my husband and my kids who think that I have a really cool job and are proud of me (at least most of the time).

How do you support other women in their climb up the career ladder?
I am as honest as possible when it comes to career advice for other women. I tell them that it is very well possible to have children and a career, but that it isn’t easy. At Experiment e.V., I encourage women to take on leadership positions and I try to set a good example by showing that it is no problem to leave at 3 p.m. if you have to take your kid to the doctor or take care of personal things, but that the job still needs to get done somehow. I believe in the German saying: “Von nichts kommt nichts”. This very loosely translates to “From nothing comes nothing”. So, it means if you want to become a leader, you have to work for it.

What advice would you give to a woman looking to become a leader in the youth travel industry?
I am not sure if there is anything in particular that you would need to do in our industry that differs from other industries. I would say that it is important to follow your heart and to always treat people exactly the way you want them to treat you.