Are millennials killing the chain restaurant industry? How can the housing market compete with millennials’ love of avocado toast? Will face-to-face communication go the way of the landline in a gen Z world? There is no shortage of speculation, curiosity, and concern for the habits and motivations of millennials and gen Z consumers.
Fortunately for the travel industry, the newly released publication, New Horizons IV: A global study of the youth and student traveller, offers a comprehensive, global perspective on the under-30 travel market and its evolution since 2002. The report is based on the New Horizons Survey, which is conducted by WYSE Travel Confederation every five years. 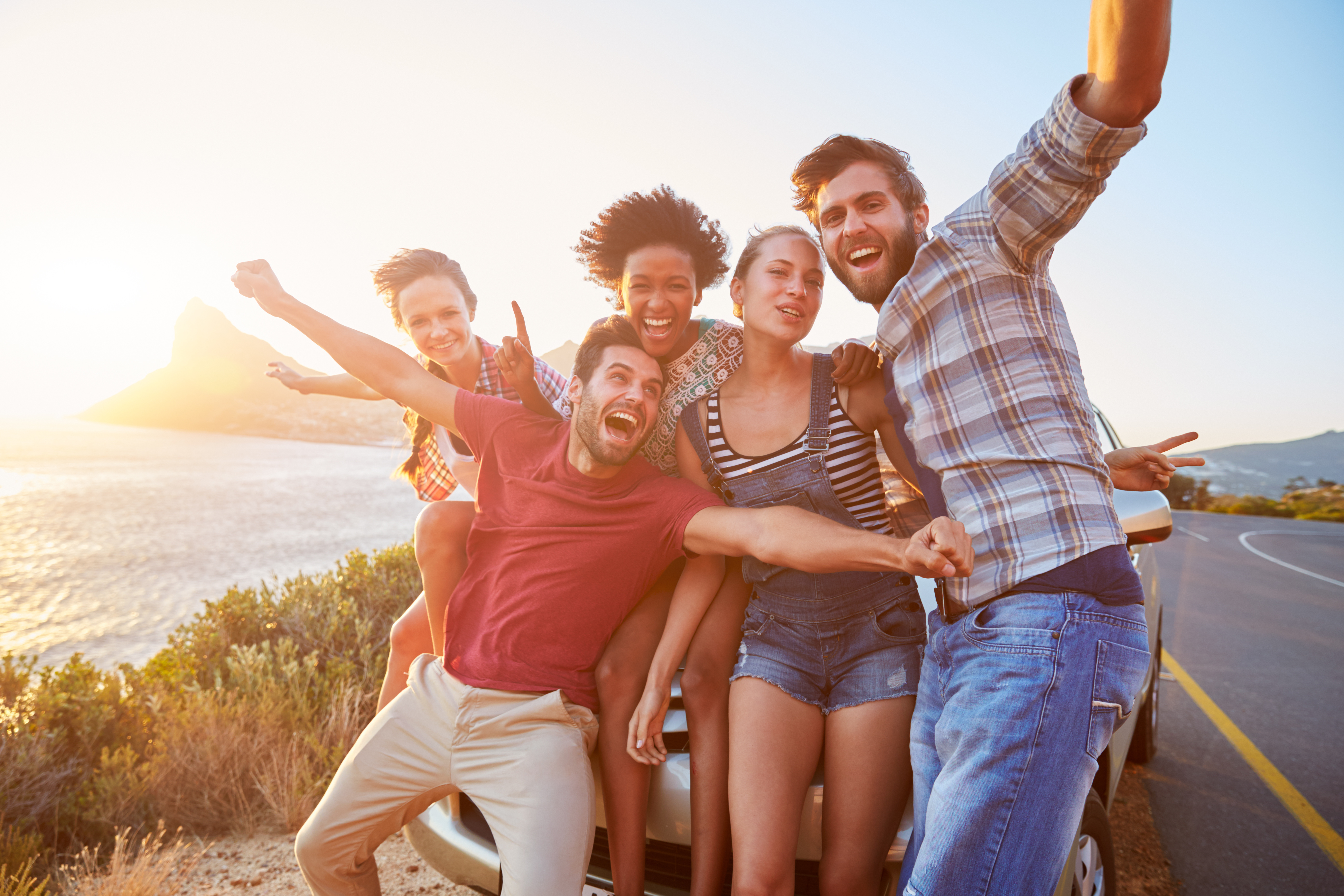 In 2017, the survey attracted more than 57,000 responses from 188 countries and territories. Here are six millennial and gen Z travel trends revealed in the New Horizons IV Report and why the travel industry should take notice.

1. Travel splurging
When the New Horizons Survey asked millennial and gen Z travellers what they were willing to splurge on during their trips, they were clear on their preference for experiential purchases. Thirty-seven percent of respondents were willing to shell out extra cash for food and drink experiences. Traditional travel luxuries, such as airfare upgrades, were favoured least.

Industry insight: The 2017 New Horizons Survey also revealed a 26% jump from 2012 in the level of activities young travellers undertake while in a destination. Adding unique, one-of-a-kind experiential elements to the basic travel journey might be more productive than trying to develop premium travel products aimed at millennials.

2. Growing information intensity and utilisation of Online Travel Agencies (OTAs)
The number of different information sources used to research the main trip has climbed steadily, from three in 2002 to over 10 in 2017. Friends and family were still the most used information sources in 2017, but the importance of social media and comparison or referral websites grew significantly from 2012.

Not surprisingly, more information is being gathered online at the cost of face-to-face interaction or printed information sources. A decade ago, physical travel agent offices took over 70% of youth travel bookings – in 2017 much of this business had shifted online, either directly to suppliers or via Online Travel Agencies (OTAs).

Industry insight: New media and booking platforms will be crucial travel planning resources for the next generation of youth travellers, generation Z. These digital natives have grown up with smartphones and wifi and are significantly less likely to use tourist information offices and tour operator brochures. Nearly three-quarters of gen Z respondents made at least one booking via smartphone in 2017.

Industry insight: Young people are still interested to visit the US, but are also deciding to explore other less-visited destinations. Given the slight decline in long trips of 120+ days and an increase in shorter trips, long-haul destinations will need to start rethinking how to attract young travellers undertaking longer stays for study, working holidays, au pairing, and other cultural exchanges.

4. Rise of digital nomadism
The advantage of a global survey such as New Horizons is the ability to evaluate the current size of the still-emerging digital nomad population. In 2017, only 0.6% of millennial and gen Z travellers labelled their travel style as ‘digital nomad’ over more traditional labels such as ‘backpacker’ or ‘traveller’. However, 0.6% of all youth travel represents 1.8 million trips. 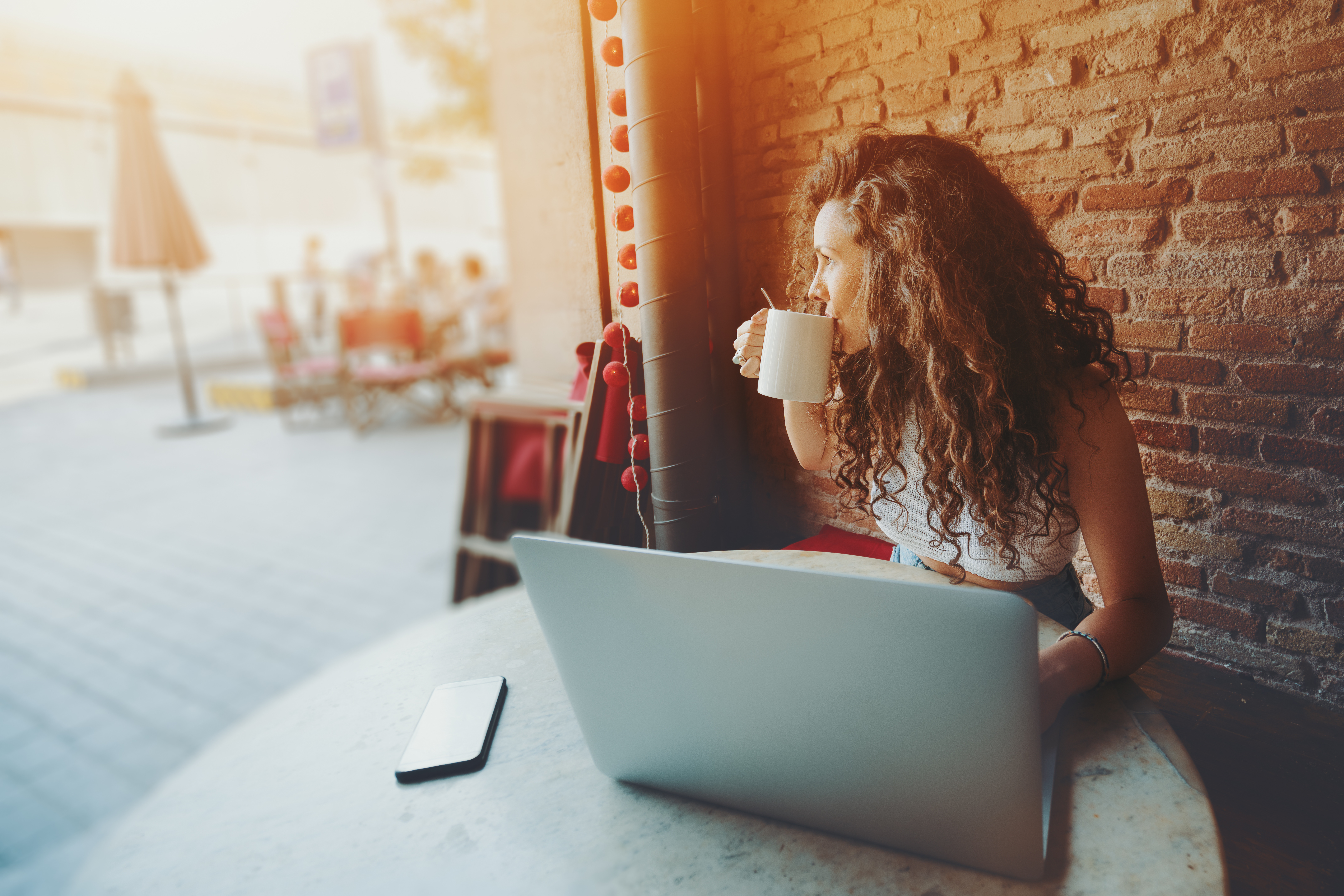 Digital nomads manage their location independence by making extensive use of Airbnb (56% used on their last main trip). They are the most likely group to book their air travel via computer, smartphone or tablet (85%) and they often use OTAs to book accommodation (55%). Digital nomads are three times as likely to use a co-working space compared with other travellers. Industry insight: The digital nomad is beginning to transform some destinations. More co-working spaces are springing up and high-speed wifi is a given. Although still small in numbers, digital nomads have an influence on other young travellers through blogging travel and lifestyle advice.
5. The three keys to millennial and gen Z traveller happiness
Millennial and gen Z travellers indicated three significant factors in their travel happiness: destination, trip length, and activities.
Traveller happiness hits fever pitch at one month, however, travellers also reported an uptick in happiness on trips from three to six months’ duration. The 2017 New Horizons Survey found that the more in-destination activities and experiences people have while travelling, the happier they are. Trips to Mexico, Japan, Indonesia and Peru make millennial and gen Z travellers the happiest. Industry insights:  Travelling to a different world region and for a longer period seems to lead to greater levels of happiness for young travellers. In general, those travelling outside of their home region reported being happier than travellers on journeys within their home region. 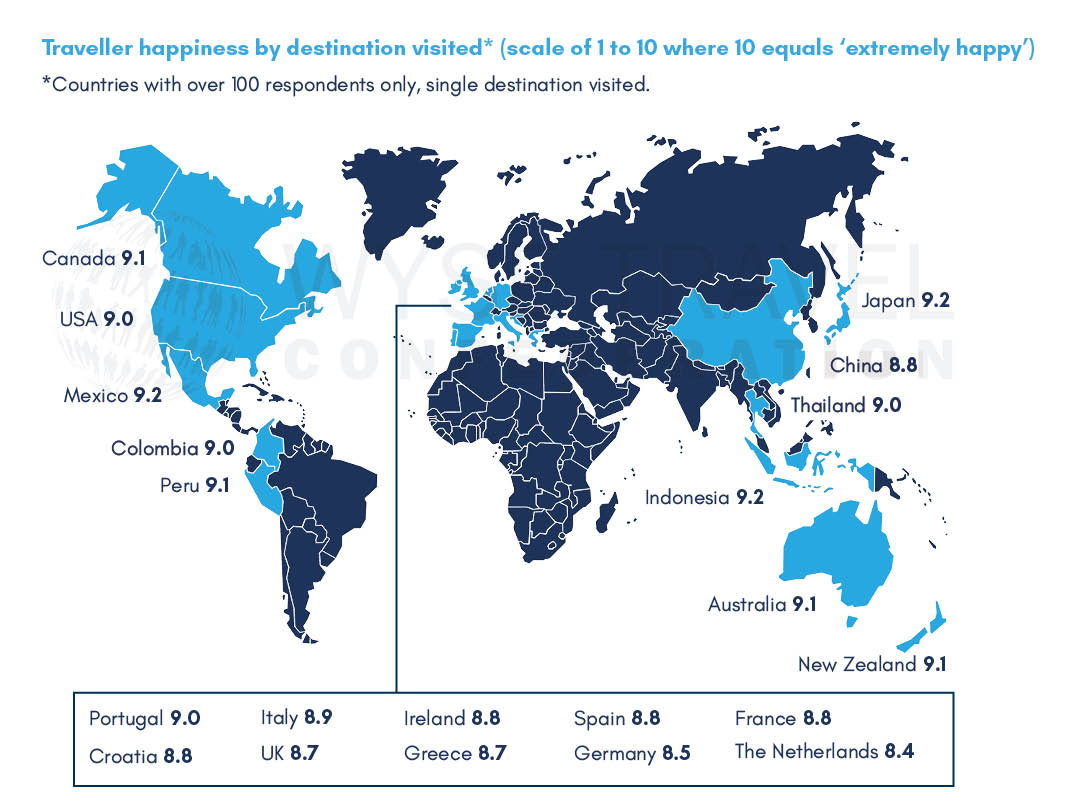 6. Generation Z is the future of youth travel
Gen Z is already on track to become the largest generation of consumers by the year 2020. These digital natives are bringing their own flavour to the youth travel market. For example, generation Z is just as likely as generation Y to make online bookings. However, they use OTAs and third-party websites less. Gen Z travellers are also more social than millennials and more likely to want to connect with locals.

Industry insights: Gen Z already seem to be more activity-focussed than millennials. The use of social media for information searching and booking is also likely to increase and morph as new channels emerge.

WYSE Travel Confederation research reports are free for members. To learn how to become a member and receive your free download and other benefits, contact us.