It is no secret that millennial and gen Z travellers are shaping the travel industry through their desire for authentic connections, off the beaten track destinations, and immersive cultural experiences. However, a new trend-setting segment within the youth travel industry is kicking their wanderlust into high gear and, as a result, changing the way many travel companies do business. According to the New Horizons IV Survey of more than 57,000 youth and student travellers worldwide, women who travelled solo on their last international trip represent about 30% of all female travellers from North American countries. Of the North American countries included in the survey, Canada had the highest proportion of solo female travellers (34%), followed by the USA (32%) and Mexico (29%). 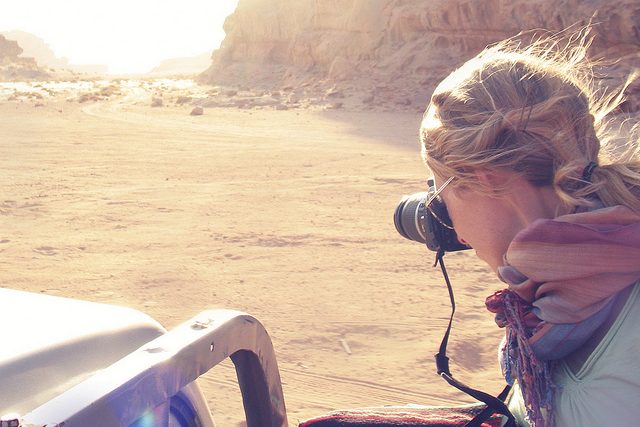 Often these travellers are choosing active holidays, where they can meet like-minded companions and connect with locals. Many tour operators have taken note and designed trips specifically for solo-travellers and slashed or abandoned the single supplement fee. Intrepid Travel, a WYSE Travel Confederation member, launched trips specifically for women, opening them to cultural experiences that are currently unavailable to mixed groups. Tourism companies, as well as destinations, are looking for new ways to showcase their offerings to young women who are travelling independently. 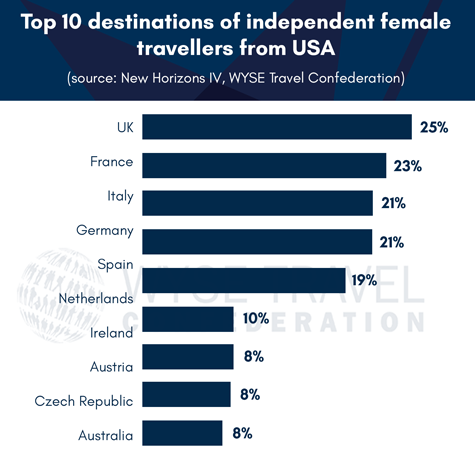 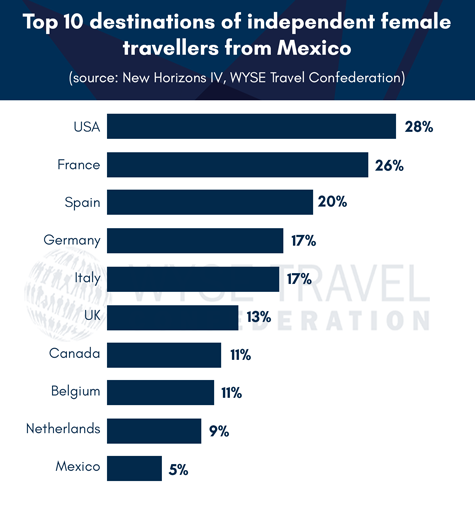 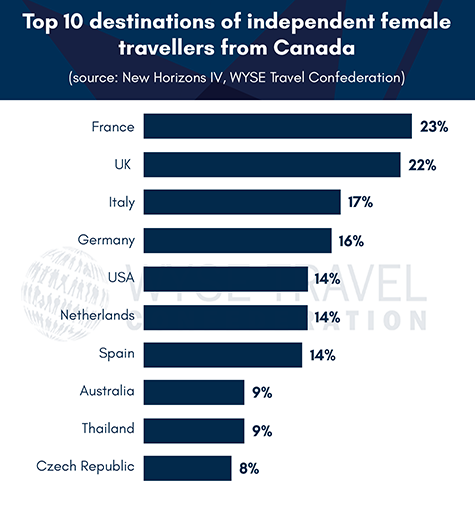 What are Canadian solo female travellers up to abroad?

The average age of solo female travellers from Canada was 24. Holiday and au pair experiences were the most popular purposes for these Canadian women to travel. Canadian women travelling alone were motivated to explore other cultures (64%) and learn about themselves (64%) as part of a trip. Experiencing everyday life in the destination (60%), increasing knowledge (58%) and interacting with locals (53%) were also strong travel motivations for these women. Having fun with friends from home (9%) was not a strong motivation for independent Canadian female travellers.

Independent Canadian female travellers like to explore a range of activities to experience their travel destination. Walking/hiking/trekking (78%) was the most popular activity reported by independent female travellers from Canada, followed by visiting historical sites (75%), sitting in cafes and restaurants (74%) and living like a local (74%). More traditional tourist activities such as visiting museums (67%), shopping (63%) and hanging out on the beach (58%) were not as popular. Sporting events (19%) and adrenaline activities (24%) were some of the least popular activities for Canadian women travelling on their own. 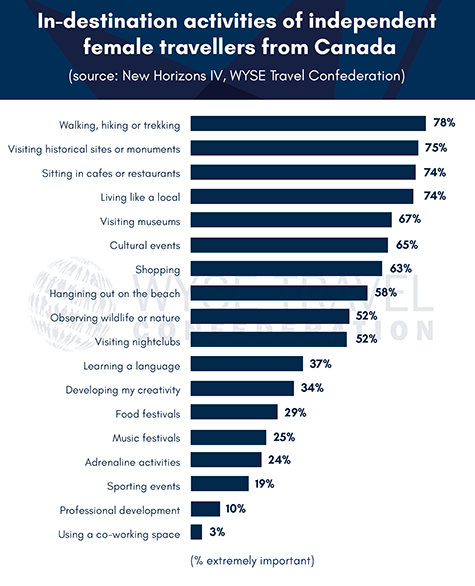 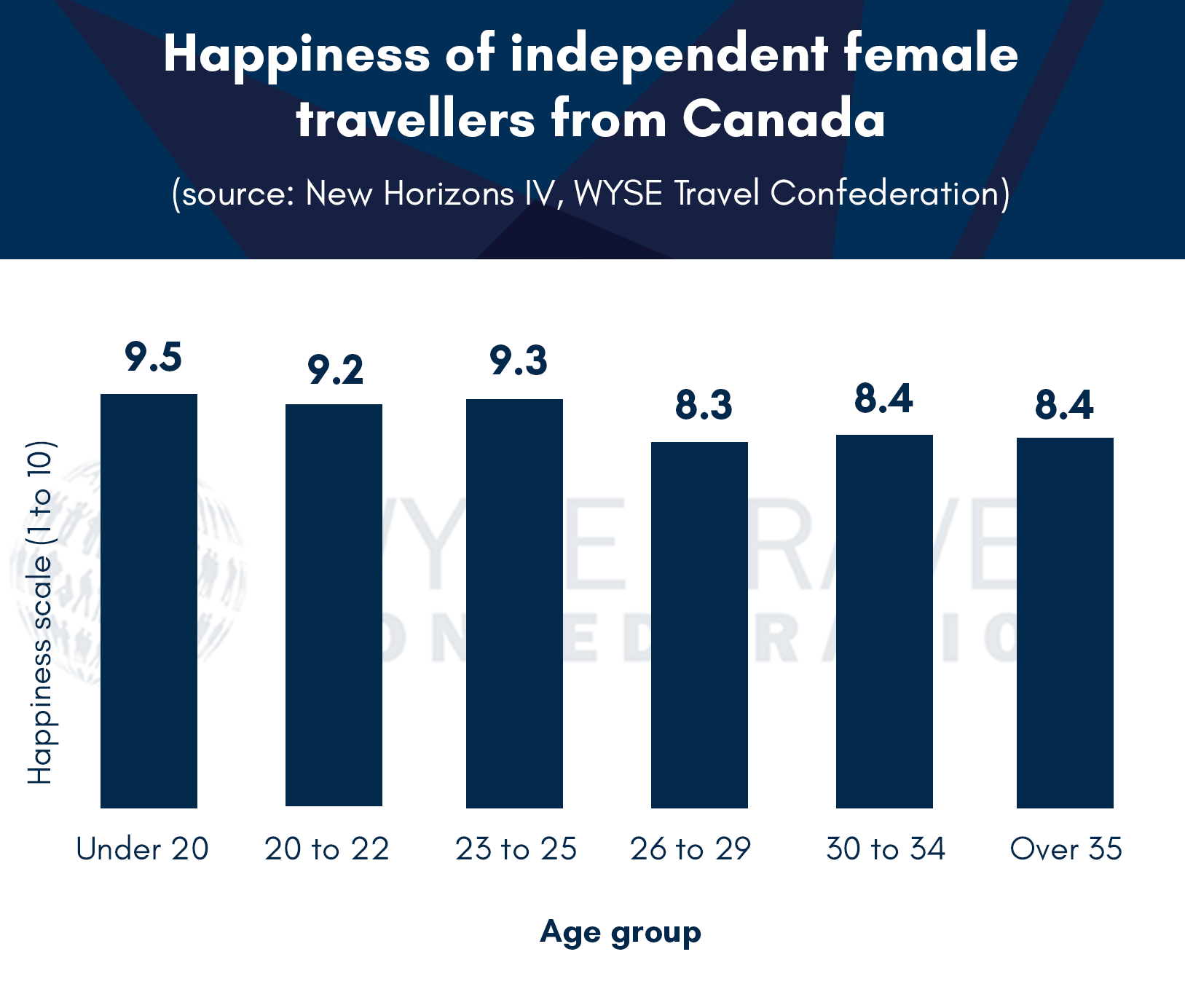 New Horizons is the only recurring global survey of the youth, student, and educational travel market. The study provides an overview of the youth travel market, which WYSE Travel Confederation and UNWTO estimate to account for 23% of international arrivals. Accounting for more than 300 million trips and USD 280 billion in tourism receipts in 2017, WYSE Travel Confederation’s New Horizons study helps travel agents, suppliers, destination marketers, policymakers and other tourism stakeholders better understand the youth travel market and answer questions like:

The New Horizons IV Survey attracted more than 57,000 responses from 188 countries and territories between June and November 2017. Visit our website to read more about youth travel and the forthcoming New Horizons IV report.