“Internationally it was easier with press, but locally it was difficult,” said Johannes Kraus, chairperson of Education South Africa (EduSA) during a recent WYSE webinar about gaining press attention and lobbying lessons learned during the now five-year battle between the EFL industry and the South African government.

Listen to the recording of this WYSE webinar >>

During the WYSE webinar, Kraus, who is the founder of Kurus English, an English language school based in Cape Town, traced the industry’s challenges with study visas back to 2013 when some of the first major complications started to arise for language schools in South Africa. More and more, accreditation was being required for the approval of study visas, but language schools were not seen as official learning institutions by South Africa’s education and training authority. 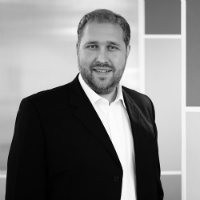 “There was no box for EFL to fit in,” said Kraus.

Members of EduSA represent roughly 50% of the EFL industry in South Africa, but 80% of incoming EFL students. Currently consisting of 21 member schools, EduSA lost members due to the visa regulation changes.

“We were desperate to tell the story of what was going on. Locally it was difficult to tell the story due to lack of connections with press and the resources were not there to drive a professional coordination. However, in connecting with other national and international organisations and authorities, we saw that we were not alone.”

Fast forward to 2018 and EduSA actively continues to pursue the right box. Although the situation has stabilised and EduSA is well on its way to being recognised by government authorities as the quality assurance entity of EFL in South Africa, uncertainty about visa regulations and inconsistencies are still challenges. When asked what types of visa challenges the audience had faced in the last 12 months, “uncertain requirements” was also noted as a major challenge.

“Uncertainty is the biggest problem – for many of our businesses,” remarked Kraus.

Based on his experience advocating for South Africa’s English language schools, what does Kraus recommend to youth travel organisations and associations to be prepared to face such challenges?

“Sharing information within the industry is vital. EduSA had the statistics to communicate the economic impact of our sector to the government – our members must contribute them,” he noted. “Without these figures, we would not have been able to help policymakers understand the impact of our industry. We need to constantly be out there with positive impact stories locally, nationally, and internationally.”

Listen to the recording of this and other WYSE webinars >>