Vanderwinnen devoted a large part of his career to the promotion and development of youth tourism throughout Belgium but also at the European and international level. He was President of YHA Les Auberges de Jeunesse for nearly 15 years.

In a statement by the association, Vanderwinnen was described as, “a frequent traveler, known for his sense of humor, his joie de vivre and his taste for sharing good moments with colleagues. The cause of youth tourism was dear to his heart and to all those who knew him, he knew how to share this deep motivation.”

Bernard Fauville, Director of Les Auberges de Jeunesse, said: “Christian was an inveterate traveler, of great culture, passionate about reading, music, comics and other goods. He had again represented the association a few months ago in Berlin and on February 27, he was with us at the press conference and the inauguration of our new premises. We will certainly keep the memory of a colleague, a friend, a person committed to the values ​​of solidarity, tolerance, secularism.”

Funeral arrangements are not yet confirmed. 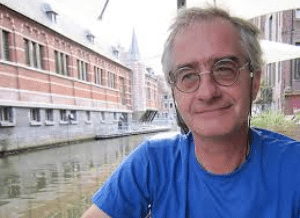