We are saddened to learn of the passing of Peter Kruyt, former Director General of the Federation of International Youth Travel Organisations (FIYTO). He died of cardiac arrest at age 57 while travelling with his family in Costa Rica. Peter had retired as the Director of Centrum Veilig Wonen in Groningen, Netherlands just 12 days prior to his death.

Peter was well known for his positive role within the international student and youth community and, in 2001, was approached to take the leadership of FIYTO. Peter accepted this new challenge and relocated from Gouda, Netherlands to Copenhagen. He served as FIYTO Director General until May 2004. FIYTO merged with ISTC in 2006 to form the WYSE Travel Confederation.

Prior to this position, Peter was the General Manager of ISIS insurance from 1996 to 1999 and was the de Goudse representative of IASIS.

Friends and colleagues have described Peter as charming, accessible, and admirable and all at WYSE and the IASIS Association express their sympathies at his tender-age loss to his family members, his numerous friends and his immediate past work colleagues. 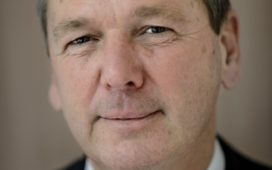