Taxback.com, a WYSE Travel Confederation member and specialist in personal tax refunds, is disputing Australia’s recent Backpacker Tax increase. The country introduced a 15 percent tax rate increase at the beginning of 2017 for backpackers who spent time in Australia on Working Holiday Visas. Taxback.com Commercial Director, Eileen Devereux, said the action was an important step to protect foreign workers and Australia’s reputation as a working holiday destination.

“We believe the Backpacker Tax is unfair,” explained Devereux. “It targets the poorest taxpayers in Australia who in the long term are de-defacto ambassadors for Australia. Taxback.com has a long-standing relationship with backpackers and the industry and our motivation is to seek fair treatment for our clients.” 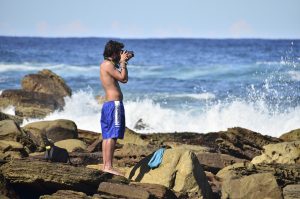 The company argues that the Backpacker Tax violates non-discrimination clauses built into tax treaties that Australia has signed with eight countries: the UK, the US, Germany, Finland, Chile, Japan, Norway and Turkey. These clauses prohibit unequal tax treatment of citizens from these countries compared with Australians. International tax treaties signed by Australia override domestic tax laws.

Visitors from the eight countries account for approximately 50% of all visitors who come to Australia on 417 or 462 Working Holiday Visas. Taxback.com has brought the case on behalf of a group of clients who are citizens of the UK, US and Germany.

“There’s no doubt that the Backpacker Tax has left a sour taste in the mouths of many visitors, and that can only harm Australia’s ability to attract visitors in future. This is why we are asking the Australian Government to reconsider its position on this matter,” said Devereux.

Next steps for the Backpacker Tax case

According to Devereux, Taxback.com has agreed to mediation with the Australia Governmental Solicitors (AGS) to speed the process. “We have been extremely encouraged by the willingness of the Australian Government to come to the table for talks. It is our preference to resolve this issue through a mediated solution and we look forward to collaborating on this.”

Devereux said they have also requested an expedited hearing on the matter. “If Taxback.com is successful, in this case it will mean that 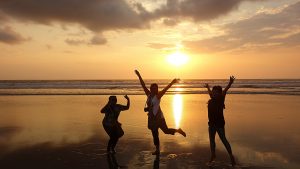 backpackers are fairly taxed in the same manner as a local Australian with comparative earnings and behaviour.”

Backpackers collectively contribute more than $3.5 billion to the Australian economy every year and Devereux emphasised that the government should recognise the benefit of keeping the country a top destination for young travellers.

“By treating backpackers unfairly, Australia will lose out as it will miss out on these working holidaymakers, and damage its positive image abroad. The tax is also counterproductive as it hurts Australian companies that need to fill their job vacancies with these workers,” said Devereux.