WYSE Travel Confederation member KILROY Group is strengthening their partnership and raising their investment with Frank Students, provider of digital student identification. Frank Students is raising half a million in funding to ensure growth and to expand operations and KILROY Group has invested in the expansion.

“Frank’s goal is to make student life better. In the ownership of the student unions and KILROY Frank has invested heavily and built a tech platform which enables student life hacks in addition to the traditional student status verification”, said chairman of the board at Oy Frank Students Ab, Matti Parpala. “The newly piloted service where eligibility for student discount can be identified by cashier system without showing a student ID is just the beginning.”

With the growth funding, Frank is looking to further develop the existing tech platform in a way that effortless student identification and other student services can be enjoyed by as many students as possible. At the same time, the goal is to scale the business up from a turnover of approximately 1 million euros focusing on providing Frank’s commercial partners an even easier way for student cooperation.

With the new funding, Frank’s ownership structure will also be updated, and KILROY, which functions widely in Northern and Central Europe, becomes the majority owner. The earlier majority owner, national student unions, will own 30%. Frank’s core function is making student life better for students in Finland, but the company said that future expansion abroad is possible.

As the company grows, the student unions have wanted to make sure that students have a strong voice in the future development of the company. KILROY has also said it is very committed to students having a substantial share and a strong impact in the company.

“Frank has grown to be  a great company. Being able to move to the next phase in the company’s development with the same owners that are known to be well functioning from the students’ point of view is excellent,” said the secretary general of SLL, Saara Hyrkkö. “We’ll continue working together for a better student life.” 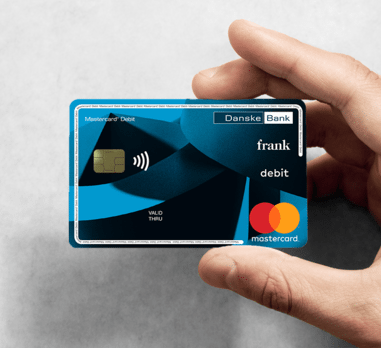