A new report finds that the number of new international students to US universities has fallen slightly. The decrease is the first in more than a decade. An economic analysis of the report has determined that spending by foreign students attending US universities hit $36.9 billion last academic year. And, we are seeing a rise in US university students going abroad for study.

On Monday, IIE and the U.S. Department of State Bureau of Educational and Cultural Affairs released the 2017 Open Doors Report on International Educational Exchange. According to the report, for the second consecutive year, US colleges and universities hosted more than one million international students, reaching a record high of 1.08 million. However, the number of students newly enroled at a US institution in autumn 2016 declined by nearly 10,000 students. This is the first time that these numbers have fallen in the twelve years since Open Doors began reporting new enrolments. The new findings also signal a slowing of growth in overall international students, with a three percent increase compared to increases of 7 to 10 percent for the previous three years. 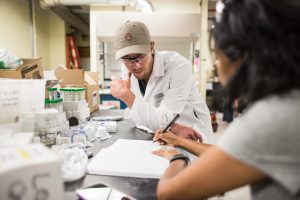 “Students continue to be attracted to the high quality and diverse opportunities offered by US colleges and universities,” said IIE President and CEO Allan E. Goodman. “But it is critical for US institutions to set strategic goals and be proactive in reaching out to students and families in a wide range of countries in the coming year, and for the United States to keep its academic doors open to students from all over the world.”

The top countries sending international students to the United States are China, India, and South Korea. The main destination states for the students are California, New York, and Texas.

NAFSA, the Association of International Educators, commissioned an economic analysis of international students using data from the 2017 Open Doors Report. Those figures, released Monday, shows international students studying at US colleges and universities contributed $36.9 billion and supported more than 450,000 jobs to the US economy during the 2016-2017 academic year. This is a 12.4 percent increase in job support and creation and a 12.5 percent increase in dollars contributed to the economy from the previous academic year.

This year, 10 states broke the $1 billion mark in contributions from international students. California, New York, Massachusetts, Texas and Pennsylvania saw the largest benefits from spending by these students and their families on living expenses, tuition and fees. According to the NAFSA report, three US jobs are created or supported for every seven enrolled international students, by spending in the following sectors: higher education, accommodation, dining, retail, transportation, telecommunications and health insurance.

“Once again, the data show international students are an asset not only to their respective universities but also to communities and regions across the nation,” said NAFSA Executive Director and CEO Esther D. Brimmer. “Given all the benefits that international students bring, we now face increasing global competition for this talent.  It is in our best interest to strengthen policies that reflect our nation’s founding ideals of inclusivity and opportunity. We must continue to build bridges—not walls—and instill in every potential international student that all are welcome and valued here.” 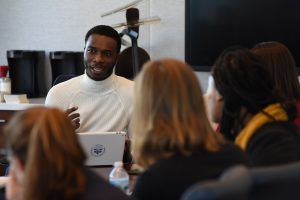 The report shows that last year more than 300 thousand American students received academic credit through study abroad programmes- an increase of four percent from the previous year. Study abroad by American students has more than tripled in the past two decades. However, the rate of growth had slowed following the financial crisis in 2008.

The population of US students studying abroad continues to diversify, with greater inclusion of students from underrepresented racial and ethnic backgrounds. Studies have shown that studying abroad helps students develop the skills needed to succeed in today’s interconnected world.

The top host destinations for US students studying abroad in 2015-16 were the United Kingdom, Italy, Spain, France, and Germany. Twenty-five percent of all students who studied abroad were majoring in STEM fields at their home institution, a number which has been growing faster than the average, followed by Business, Social Sciences, Foreign Language and International Studies, and Fine and Applied Arts.