The official title of the meeting was the WYSE Travel Confederation 2017 Annual General Meeting, but unofficially the theme may have well been ‘a Confederation in transformation.’

WYSE Travel Confederation members who attended the AGM, held at the Hyatt Regency Montreal during the 2017 World 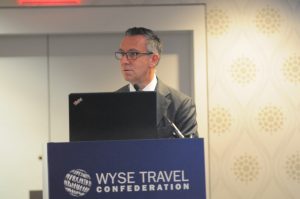 Another changing face for WYSE Travel Confederation was realised during the elections of sector panelists. Members were presented with energetic campaigns for positions within the Accommodation, Cultural Exchange, and Study Abroad panels. Within the Accommodation panel, five strong candidates were nominated to fill two vacancies. However, what was noticeably different from previous elections was the interest from Millennial youth industry professionals in serving on WYSE Travel Confederation sector panels.

“Overall we are thrilled to see more members coming forward to be part of the process and even to be presented with more candidates than openings,” remarked the newly confirmed chairman of the Management Board, Jason Meritthew (Merit Travel Group). “But, it is especially significant to see younger people want to get involved in this dynamic, progressive organisation.” 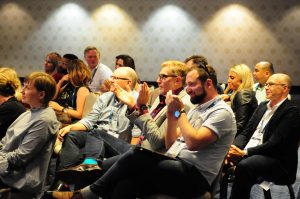 WYSE Travel Confederation also announced that the World Youth and Student Conference (WYSTC) 2018 will be held in Edinburgh, Scotland. The 2018 WYSTC will coincide with Scotland’s 2018 Year of Young People which will celebrate the achievements, contributions, and ambitions of the country’s youth.

“We can’t imagine a more perfect setting for next year’s WYSTC than Edinburgh in the midst of their celebration of young people,” said David Chapman. “2017 has been a year for breaking records for the World Youth and Student Travel Conference. We have more business appointments scheduled during this conference than ever before and a record number of buyers have joined us. It will be very exciting to see what unfolds next year in Edinburgh.”

The next WYSE Travel Confederation Annual General Meeting will be held 18 September, 2018 during WYSTC Edinburgh.

The following members were confirmed to WYSE Travel Confederation Management Board and Sector Panels during the 2017 Annual General Meeting: