As a junior at Howard University, Savannah Bowen left Washington, D.C., to study at the Sorbonne in Paris for the spring semester. Her experiences in France have since become an invaluable reference point when mapping out her career.

“I’ve learned a lot about myself, what I want to do in life and the kind of impact I want to have on the world,” Bowen told Diverse at the Institute of International Education (IIE) Generation Study Abroad Summit on Monday (October 2). After graduating from Howard in 2016, Bowen returned to France as a teaching assistant, and now works at a school in southern Haiti.

For Bowen, studying abroad was always going to be natural fit. Her parents immigrated to the United States, where she grew up traveling, and they encouraged her to take advantage of study abroad opportunities in high school and college.

“They were always supportive of me traveling,” Bowen said. “So when I got to college it was something that was already on my mind as something that I wanted to do. I just had to define the right way to do it.” 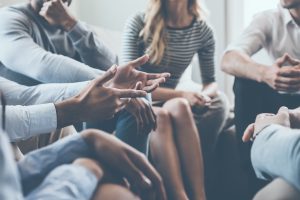 Not all students have the same level of support and resources to be able to take advantage of study abroad opportunities, however. “[Socioeconomic standing] is very significant in what a student will be thinking about when it comes to study abroad,” Bowen commented.

As a junior, she noticed that there were the beginnings of what she called a study abroad “revival” at Howard. That makes the Washington-based historically Black university one of the exceptions among its peer institutions. A 2016 study, “Increasing Diversity Abroad: Expanding Opportunities for Students at Minority Serving Institutions,” from the Penn Center for Minority Serving Institutions (MSIs) and CIEE found that MSIs educate 20 percent of all undergraduates, but only 3.6 percent of all study abroad students attend an MSI.

The problem of under-representation in study abroad is not limited to students attending MSIs. According to the Association of International Educators (NAFSA), students of color made up only 27 percent of study abroad students in 2015.

That is because increasing diversity was not the primary focus of study abroad programs in their early days, according to Jillian Barker, admissions and recruitment coordinator at the Garret-Evangelical Theological Seminary. Instead, study abroad programs were primarily concerned with developing human capital.

At a Monday panel, “Understanding Access and Support for Underrepresented Students,” Barker said, “It is very recent that international education expanded to try [to achieve a better ratio] of underrepresented students.” Barriers to travel — domestic and international — have roots in the troubled legacy of Jim Crow and slavery, Barker added. 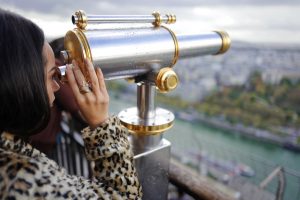 “I believe that cultural factors, including race and the history of oppression,

Enslaved people were not allowed to travel beyond the limits prescribed to them by their owners. Even after slavery was abolished it still was not safe for Black citizens to travel in many parts of the United States, according to Barker, due to segregation and other forms of discrimination that travelers might find as they passed through the country. So-called “sundown towns,” for instance, forbade people of color from entering their environs after sunset, often at the threat of violence.

According to Ainslie Moore, deputy director of international relations at the University of Aukland, Maori students were underrepresented in study abroad programs. As the director of the program, Moore was able to set aside $50,000 specifically for Maori students from the $300,000 the school allocated annually to fund study abroad grants.

She also sought out the advice and support of other entities and professors on campus who worked directly with Maori students and knew what their particular needs were. Moore encouraged campus leaders to seek out “existing resources” that could be reallocated for other purposes to help improve minority engagement in study abroad.

At Monmouth College in Illinois, study abroad organizers have tried what Kristin Larson, professor and co-coordinator of Off Campus Study, called the “foot in the door approach.” “You really have to get the opportunity in front of the faces of students.” Larson said. All the options for study abroad are not necessarily on students’ radars, so making sure that they are aware of what is out there is key. That could be through telling them about options in a classroom setting, or making sure that interested students are on email lists.

“It’s important that we create programmatic strategies that also make those programs more available to underrepresented students,” Larson said, adding that offering shorter-term programs, in addition to semester-long programs, can be effective, as can helping students map out a plan for paying for the program.

Read how WYSE Travel Confederation and member InterExchange discussed ways for promoting experiences abroad to US university students during the IIE Summit in Washington D.C.