Earlier this week the Wall Street Journal reported that the Trump administration is planning major cuts to US cultural exchange programmes. Five programmes under the J-1 Visa Exchange Visitor Program are being reviewed by a White House-led working group, according to the WSJ source.

The youth and student travel industry has braced for this news since President Donald Trump announced his “Buy American and Hire American” executive order. The order calls for a review of all US immigration policies and prioritisation of domestic workers.

Following the directive, Michael McCarry, Senior Advisor at CENET and former Executive Director of The Alliance for International Exchange, said, “On a scale of an existential threat with 10 being the most threatening, we are now facing a 10.  What’s going on in Washington is not a discussion about the best way to run the program, but whether we should have the program at all.”

“We urge Secretary Tillerson to support the possibility for young people to pursue paths that combine the necessary international cultural exchange and education that lead to global knowledge, skill, and citizenship.  The J1-EVP is an important avenue for cross-cultural understanding, international diplomacy and a foundation for existing reciprocal arrangements between the US and nations around the world,” said David Chapman, Director General, WYSE Travel Confederation.

For nearly 60 years, the J-1 visa programme has aided the US State Department in advancing foreign policy objectives of the United States. It is an established and respected vehicle for cultural exchange and knowledge sharing. However, the impact of this programme reaches far beyond soft diplomacy. Data collected in recent years reveal J-1 visa programme participants are also an economic boost for the United States.

For example, more than 100,000 students enter the US each summer under the Summer Work and Travel program (SWT) to work temporary jobs, often in tourist areas which need seasonal employees. SWT students are granted up to a 4-month stay during their home university summer break periods. The programme is at no cost to US taxpayers, as each student must pay an average of $2,700 to participate, including all fees, health insurance, and travel costs. Furthermore, a SWT impact analysis commissioned this year by The Alliance for International Exchange estimated that SWT participants contributed roughly $509 million dollars to the U.S. economy in 2016.

The New Horizons survey, which is conducted every five years by WYSE Travel Confederation and is the only recurring survey of the youth and student travellers aged 18 to 35, has consistently revealed that young people undertake a work experience trip to the US primarily fund their travels with money sourced outside of the States. The latest 2017 data shows more than 60% of combined money spent is from their own resources, including family and friends. 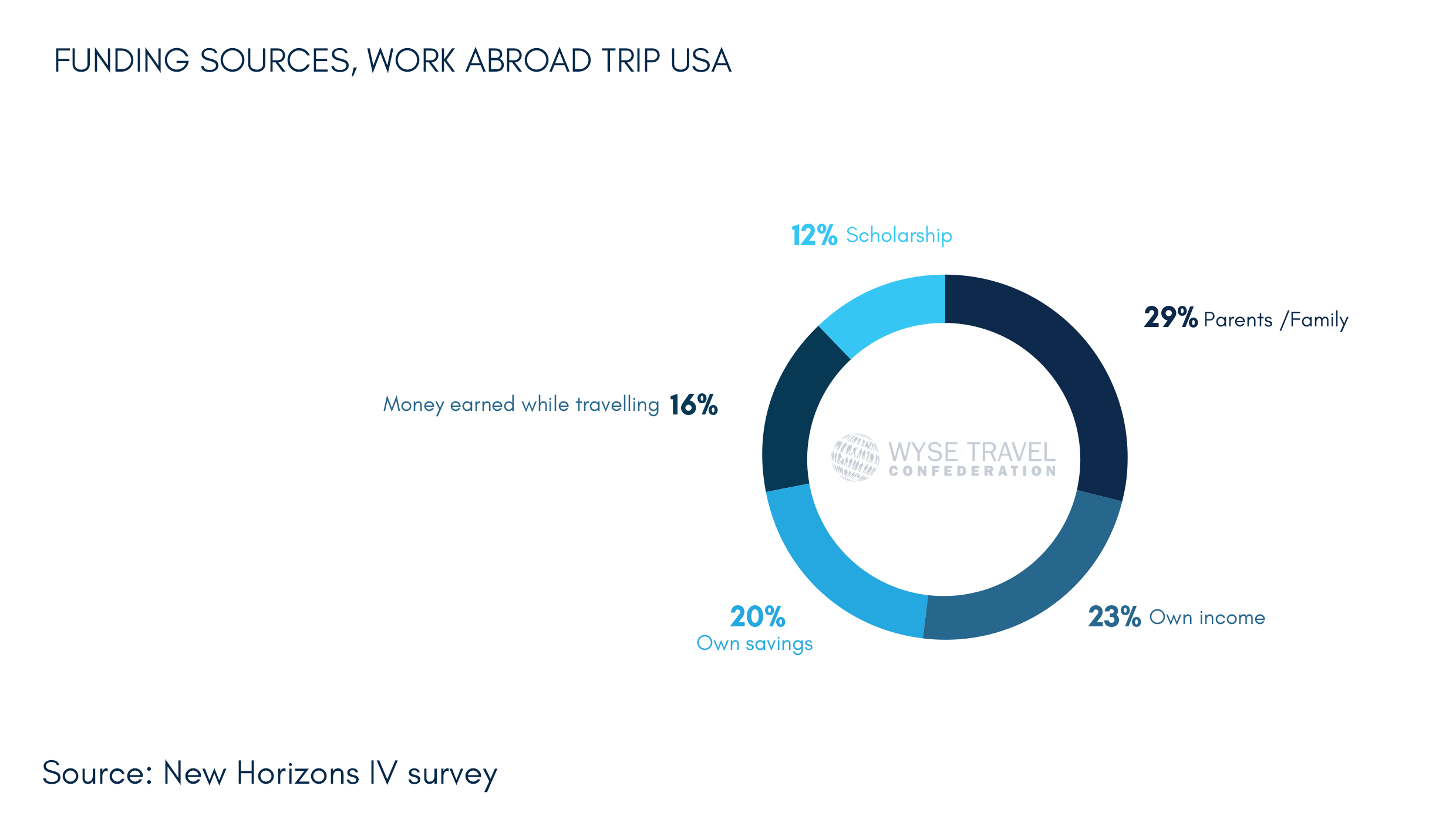 Visitors who spend more than they earn in a destination create and sustain jobs in local communities. Our research shows that youth travelling for work abroad experiences, known as ‘working holidaymakers’ on average spend $5,500 for a trip to the US. Their job earnings account for only 16% of resources used to fund the trip. The additional money working holidaymakers bring with them to the country is supports restaurants, retail, and other area businesses. Additionally, WYSE Travel Confederation research shows young travellers who have positive experiences return later in life and are therefore of significant lifetime value to a destination. 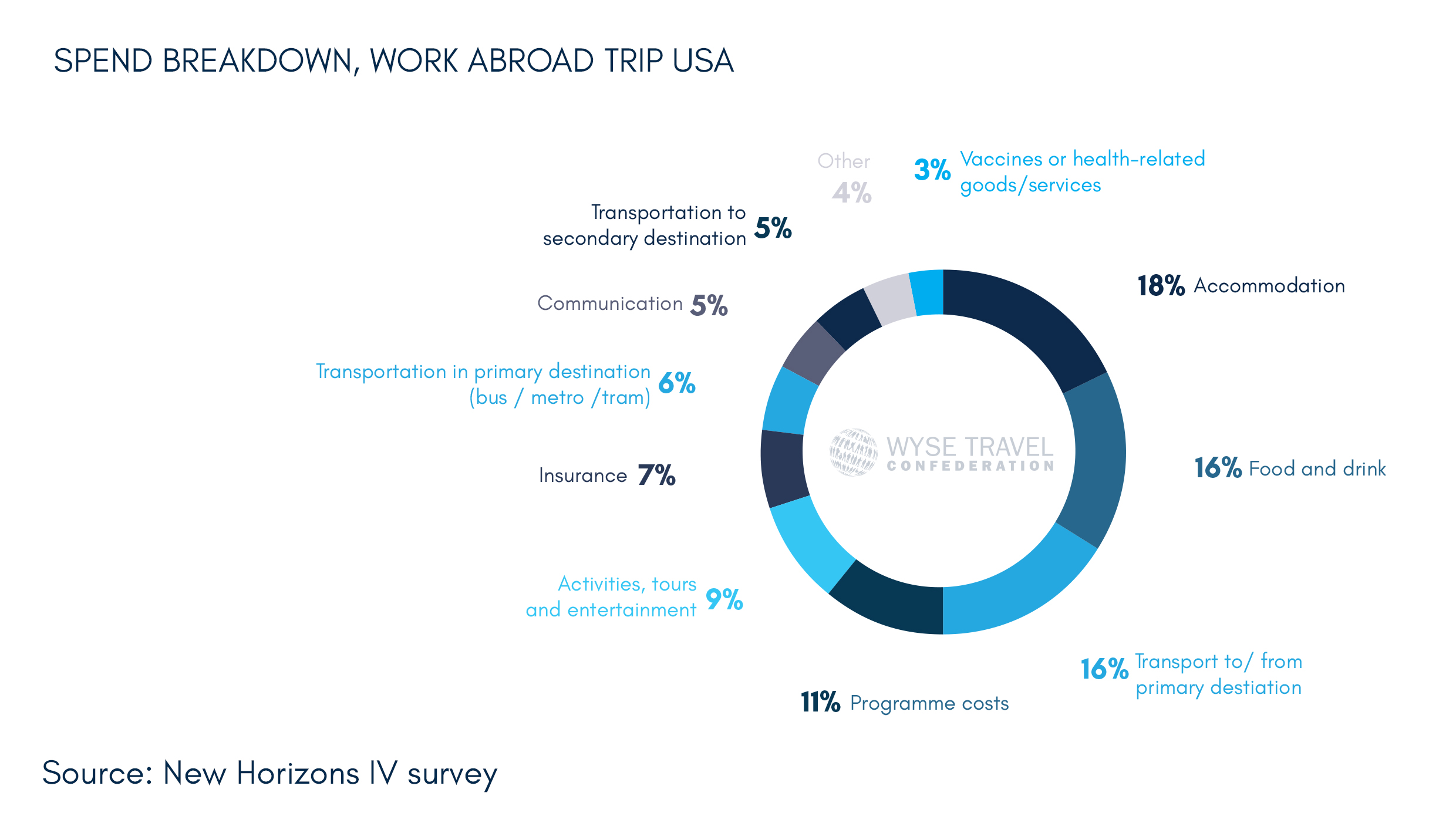 This year The Alliance also commissioned a survey of US businesses which utilise SWT participants. The findings revealed that the programme does not take jobs away from US citizens. In fact, nearly all (96.8%) employers reported experiencing a shortage of domestic seasonal workers, with more seasonal jobs available than workers to fill them. Furthermore, half of the employers said the absence of SWT participants would have a big negative impact on their revenues. One quarter reported that it was likely or very likely that they would not be able to stay open during the season without SWT workers.

How you can help

Although the J-1 visa programme is at risk under current initiatives by the Trump Administration, this fight is far from over. In addition to bringing our concerns directly to Secretary Tillerson, we will be collaborating our efforts with the United Nations World Tourism Organisation (UNWTO). And, we will continue to bring awareness to and advocate for cultural exchange programmes in the United States and worldwide. But, we need your help.

You can join us in advocating for the J-1 Visa Exchange Visitor Program:

All stakeholders in the youth and student travel industry are invited to attend the 2017 World Youth and Student Travel Conference. The conference features educational seminars on current industry topics and provides the opportunity meet in person with The Alliance and representatives from the US Department of State.

According to Ilir Zherka, Executive Director of The Alliance for International Exchange, “These exchange programs enjoy wide support in the House and Senate, among Republicans and Democrats. The reason some in the administration have kept this quiet is they understand this is true. Our job is to make sure our supporters are aware of what’s happening and they get engaged.”

Seeing America through the eyes of an exchange visitor