Will Trump’s travel ban deter Indian students from US Universities?

While President Donald Trump’s travel ban is aimed at six predominantly Muslim countries, universities might feel the impact on the number of Indian students who choose to study in the United States. Hotcourses, which publishes websites and guides for students who want to study overseas, examined shifts in searches on its sites over the last 12 months. It found that the share of Indian students searching for US universities dropped sharply, from 36 percent of all searches by Indian users to just 27 percent. The findings were based on data from 34 million users. 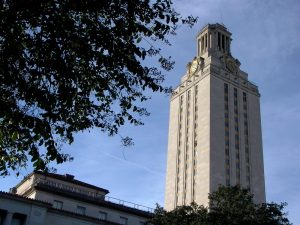 Photo of the University of Texas at Austin. Texas universities recently reported a significant decline in interest from international students

Universities have anticipated for a decline in students from the six countries named in the US president’s controversial ban. A recent survey of 112 US universities by the Institute of International Education (IIE) found a positive, but still uncertain, outlook for US international student enrolment in 2017. However, of the surveyed institutions, 20 percent said they are very worried Indian students may not arrive on campus. India is second only to China in the number of students the country sends to the United States. Indian students account for 15 percent of international student enrolments at US universities.

According to IIE, “80 percent of institutions responded that physical safety was the most pronounced concern for Indian students, while 31 percent of institutions indicated that feeling welcome was also a concern.” Fear for the safety and well being of Indian visitors to the US has grown during the Trump presidency. Recently an Indian engineer, who had earned a graduate degree in the US, was killed in Kansas after a white supremacist mistook him for an Iranian. Also, the Trump administration has indicated it might make it harder for Indian graduates to work in the United States after receiving a US degree.

“Their concerns may lead some Indian students to accept admissions offers from other leading host countries, especially from those that issue student visas more quickly,” said IIE.

Where might those students instead be looking? Hotcourses points to Canada, whose share of university searches by Indian students climbed from 8 percent to 23 percent. France has also made a big push to encourage enrolment from Indian students. In 2015, France announced plans to attract 10,000 Indian students to its institutes by 2020. Industry experts said in just two years universities in France received 7,000 students from India.