Outlook for 2017 international student enrolment at US universities positive, but still uncertain

“While these results provide a small snapshot of international student intentions to study in the United States this Fall, it is still too early to tell if international student enrollment for the 2017-18 academic year has been negatively impacted, but we remain cautiously optimistic,” said Dr. Esther D. Brimmer, Executive Director and CEO of NAFSA. “We must continue to monitor all incoming data, including SEVIS fee payment data and visa approvals, to determine the impact of world events on international education and recruitment efforts.” 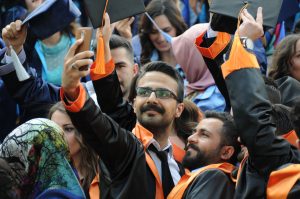 Even though most states showed similar yield numbers as the previous year, the noticeable change occurred at universities in southern states. Texas reported a sizeable decrease in yield – from 44 percent to 35 percent. However, Texas does receive a higher number of admission acceptances from international students than the national average. Another decline is being reported amongst international graduate students. An independent survey conducted in May by the Council of Graduate Schools found that 46 percent of graduate deans indicated they are seeing substantial downward changes in admissions yields for international students.

The United States has long been a leading destination for international students and the benefit goes far beyond university campuses. It is estimated that international students contribute more than $36 billion to the US economy. President Donald Trump’s travel ban awaits a Supreme Court hearing but exempts foreign students at least until a formal ruling is made. As uncertainty lingers around how many international students will be allowed to study in the US in coming years, and from which countries, universities are making an effort to let foreign students know they’re valued. Many are participating in social media campaigns such as #YouAreWelcomeHere. Universities have stepped up their overseas recruitment efforts and university commissioned education agents are increasingly being accessed to help international students navigate everything from US admissions to getting settled in a new city.

“The intellectual contributions and diverse cultural perspectives that international students bring to U.S. campuses are extremely valuable. Educators are letting students know they are welcome here and working to prepare them for a successful academic experience in the United States,” said IIE President Allan Goodman. “It is important that we all continue to address students’ needs and concerns in the coming year.”