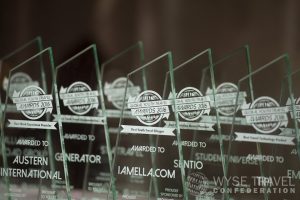 The 2017 Global Youth Travel Awards (GYTA) are now open and nominations are already pouring in for the 15 categories recognising outstanding organisations and initiatives in the youth and student travel market. The GYTAs began at the World Youth Student and Educational Conference (WYSTC) 2011in Barcelona with a focus on bringing to light the great experiences provided by members of WYSE Travel Confederation. Each year, the number of nominations and consumer participation significantly increases. GYTA award winners are considered benchmarks for excellence within the fast growing and ever evolving youth travel sector.

“The calibre of nominations improves every year across all award categories and is once again truly outstanding. Despite the unsettled nature of travel as a whole, with terrorism and political unrest halting tourism in some areas, youth travel remains resilient. Not only do young people continue to travel during difficult times, but the agencies and organisations helping them also continue to offer new products and services that meet the needs of young travellers,” said David Chapman, Director General of WYSE Travel Confederation.

These are the 2016 Global Youth Travel Award winners. The 2017 awards will be announced on Thursday, 27 September at WYSTC 2017 in Montréal. Submissions are accepted until 7 August.