One of the fastest growing sectors of the tourism market is Muslim travellers. These visitors are spending USD 220 billion annually and it is expected their travel spend will hit USD 300 billion by 2026. In recent years Singapore has kept a strong hold on the market as a top non-OIC destination for Muslim tourism, according to theMastercard-CrescentRating Global Muslim Travel Index. However,  the economic potential is not lost on countries with their sights set on expanding international arrivals. National and local tourism programmes worldwide are promoting businesses and services which cater to Muslim travellers. The result has been rapid tourism growth for non-OIC countries that have diversified their offerings and embraced Halal tourism to attract Muslim visitors.

Last year Japan drew 4 million more tourists than expected after incorporating Halal tourism initiatives. The national government set a target of 20 million visitors to Japan by 2020 and instead hit 24 million arrivals for 2016. Halal means ‘permissible’ according to Islamic teaching and Japan’s halal offerings include placing qiblah (arrows pointing towards Mecca) in many Japanese hotel rooms, airports and shopping centres equipped with prayer rooms,  and halal food added to many Japanese restaurant menus. The Japanese government also lowered the requirements to get a tourist visa and more low-cost airlines are now flying into the country. Japan was the 6th most popular non-OIC country for Muslim visitors in 2016.

Taking off in Taiwan

According to the Taiwanese tourism bureau, every opportunity is being taken to position Taiwan as the most Muslim-friendly country to travel. The government said prayer facilities are being built in public places for Muslim travellers and halal hotels and restaurants are being promoted in and around the major tourist attractions. Taiwan has two halal certification boards: The Taiwan Halal Integrity Development Association (THID) and the Chinese Muslim Association. The country was listed as the seventh most desirable non-OIC destination for Muslims, bringing in more than 30,000 visitors a year. The Taiwanese government has a target of at least 100,000 visitors by the end of 2017.

While a newly emerging middle class from Muslim countries has facilitated recent growth in the number of international travellers from this sector, it is the youth travel market which will keep it expanding. By 2030, it is expected that 26 percent of the world’s population will be Muslim and more than 50 percent of Muslims are under age 30. This generation, known as Gen M,  is connected online, primarily through smartphones, and highly influenced by social media. They also put equal value on both their faith and modernity.

“We are definitely seeing the influence of a new breed of young travellers, Millennials and Gen Z who are combining technology with a real desire to explore the world while still adhering to their faith-based needs. They will be the driving force for the next phase of growth,” said Fazal Bahardeen, CEO of CrescentRating and HalalTrip. 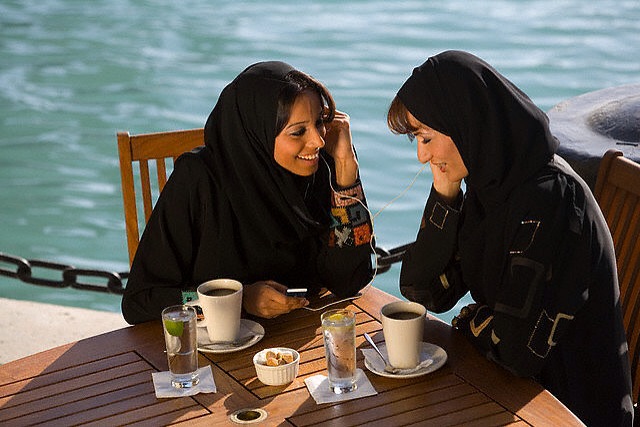