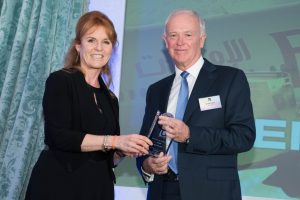 WYSE Travel Confederation Elite member Emirates was named “Best Airline in the World” and “Best Middle Eastern Airline” at the prestigious Ultras 2017 Awards. The Dubai-based airline was voted number one by readers of The Telegraph’s luxury travel magazine. Sir Tim Clark, President Emirates airline, received the awards at the ceremony held in London.

Earlier this year, Emirates was also named “Best Airline in the World” at the TripAdvisor Travellers’ Choice Awards for airlines after being the most positively reviewed airline in the industry. In 2016, Emirates won the “World’s Best Airline” award at the Skytrax World Airline Awards.

In addition to being an Elite member of WYSE Travel Confederation, Emirates is a partner for the 2017 World Youth and Travel Conference (WYSTC), the leading trade event for the global youth, student and educational travel industry. Now in its 26th year, WYSTC will be held in Montréal, Canada 26-29 September. Emirates is facilitating the WYSTC 2017 Hosted Buyer Programme, which includes return flights, accommodation and event registration for qualifying buying organisations.