I have always preferred policy to be based on facts rather than prejudice. A good example of the latter is the way the immigration figures are presented. At the moment our policy is not, alas, founded on evidence. It hurts our higher education institutions, which are already faced with the challenges of our forthcoming divorce from the European mainstream. 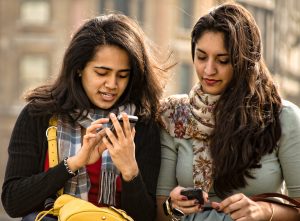 The renown of our universities has ensured that they have been magnets for some of the best and brightest students and researchers from around the world. This has made them even stronger academically and more competitive internationally. Foreign students help maintain academic quality and assist in sustaining specialised courses, not least in the sciences. They are at the heart of research collaboration. In the long term, they create links of friendship and shared interest with other countries. International students, educated in Britain, are an important part of what is often called soft power.

When they come to Britain, we treat these students statistically as though they were the same as immigrants. But of course they are not. They do not come here to work and live. There are tough rules about this. Most of them return home when their studies end. There has in the past been some abuse of the system, with bogus colleges and courses. David Cameron’s government dealt with this a few years ago, to the relief of most universities and legitimate higher education institutions. There is also some overstaying by students, but the figure is extremely low, well below what some in the Home Office have claimed.

Higher education is an expanding market internationally. The growth of a new middle class in Asia in particular ensures that this will continue. Better to invest your money in finding a good education for your children than in purchasing a new watch or car. But the market is one in which our own share has been declining, despite the quality of what we offer. According to figures at the beginning of this academic year, we are still attracting over 130,000 overseas students. Historically, a rule of thumb suggests that about one in five of the students at British universities come from overseas, and about one in four of postgraduates. The figures have started to slide. Those who came here to study in the three months to September 2016 were at the lowest level since 2002.

In the US the number of foreign students went up by about 10% in 2015 (though this figure may have taken a hit last year after the election of Donald Trump). In Australia, the figure in 2015 rose by 9%. In the UK it went up by 1%. Brexit anxieties have probably hit the latest numbers, which continued to sag. But the perception issue goes much wider than this. India, for instance, has criticised the British government for not appearing to want to educate its young people, unlike those from Canada, Australia, France and Germany. I was shocked to see that in the quarter before last September more students came to Britain from Central and South America than from south Asia.

At the heart of the perception issue is the fact that we continue to insist on treating students as migrants. Every time this is debated in the House of Lords, pretty well the only voice raised in support of the policy is that of the minister defending the government. But we know that support in the government for the policy has been draining away, and indeed that several cabinet ministers have expressed their support for a change of course, in some cases openly. 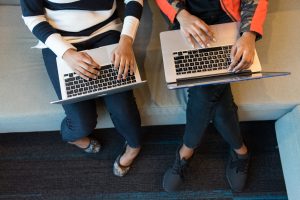 Many ministers now clearly agree with what the current higher education minister Jo Johnson wrote in 2012: “Changing the way students are classified will have little effect on the government’s ability to control medium- and long-term migration … the government faced real choices over policy on international students. The difference they make to long-term migration is relatively small. The difference their choice makes to the education sector, to Britain’s soft power around the world and to the UK economy, is very significant.”

So why hasn’t it happened? The Home Office, past and present, seems frozen in the face of potential criticism. First, all the polling evidence suggests that voters accept that there is a difference between a student and an immigrant. Second, the argument that we are simply following international best practice is nonsense. “Take back control” – remember that? – should surely enable us to do exactly what the Americans, Canadians and Australians do. None of these countries include students in the immigration numbers.

Why then don’t we change? Why don’t we follow the evidence? Simple, I am afraid. It is because some senior politicians adamantly decline to contemplate a sensible course of action which might be criticised on entirely spurious grounds by a few rightwingers and perhaps the tabloid press, to which they are increasingly beholden. It’s enough to make the strong weep. If we refuse to insist on reason deciding this issue, then exactly when and where are we prepared to apply this test?