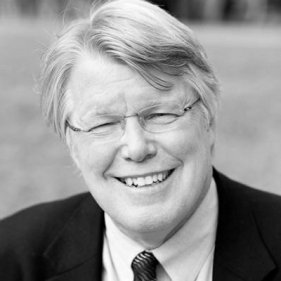 Michael McCarry is a Senior Advisor for CENET Cultural Exchange Network and the former Executive Director of the Alliance for International Exchange. He is a leader within the exchange community with more than 37 years international experience. In 2015, McCarry was awarded the WYSE Award at the Global Youth Travel Awards in recognition of his outstanding contribution to the youth, student and educational travel industry, supporting the WYSE Travel Confederation members and J-1 sponsors in the USA.

We are still in the first months of the Trump Administration.  Early indicators suggest that our new President is not yet a supporter of international exchange programs.

And during his campaign, Trump indicated that he would eliminate a variety of unfunded State Department programs that reach large numbers of international students and young professionals.  These inbound programs comprise a creative range of activities for young adults that include internships, professional training, camp counseling, and casual work at summer resorts.  These are programs administered by Cultural Exchange Network (CENET) and other nongovernmental organizations in partnership with the State Department.

This apparent disregard for exchanges puts Trump outside a 65-year bipartisan political consensus that these programs are an important component of our national security.

Ronald Reagan, the ultimate Cold Warrior, was a believer.  After his election in 1980, Reagan wanted to deploy intermediate range nuclear missiles in Germany to counter a Soviet deployment.  The German public resisted.

The White House concluded that part of its public opinion problem in Germany was demographic. Germans who remembered the defeat of Hitler, the Berlin airlift, and the Marshall Plan were passing from the scene, along with their personal sense of gratitude toward the U.S.  Rising generations of Germans did not have a similar emotional connection to America.

The Reagan solution?  One element was The President’s Youth Exchange Initiative, designed to greatly expand high school exchanges between the U.S. and other nations, including Western Europe.  The idea was to foster what President Reagan called ‘a language of understanding’ between nations, powered by a cohort of citizens who had lived in each other’s homes, attended each other’s schools, and understood each other’s values.

Since the success of Reagan’s youth exchange initiative, American leaders from both parties have turned repeatedly to exchange programs in times of major international events, whether crisis or opportunity.  People-to-people programs were close to the heart of the American response to the 9/11 attacks, the collapse of the Soviet Union, the breakup of Yugoslavia, and China’s Tiananmen Square violence.

Republicans and Democrats have always supported exchange programs for a reason: these programs make a positive difference to our national security.  Exchange experiences build a web of understanding and relationships that lasts a lifetime.  They make us safer.

Think about how much harder it is to demonize an entire nationality – ‘all Americans are this way’ or ‘all Germans are that way’ – if you’ve actually met an American or a German, had a meal with them, worked or studied beside them.  That’s an equation that applies to international students who come here, and to Americans who study abroad.  We all win.

And think, too, how an American exchange experience affects the lives of those who come here.   Those participants return to their home countries with improved English and with new knowledge and self-confidence gained from successfully navigating American culture.  These qualities equip them for future success, and many exchange alumni around the world have gone on to careers as diplomats, cabinet ministers, parliamentarians, or even heads of state.  And although if these alumni don’t pursue careers in politics or policy, their influence in business, academia, journalism, or other fields can be significant.

Our new Secretary of Defense, James Mattis, made the point well in Congressional testimony in 2013, when he was Commander of the U.S. Central Command:  “…if you don’t fund the State Department fully, then I need to buy more ammunition…

“… it’s a cost-benefit ratio. The more we put into the State Department’s diplomacy, hopefully the less we have to put into a military budget as we deal with the outcome of apparent American withdrawal from the international scene.”

For nearly 40 years, Republicans and Democrats have agreed that President Reagan had it right:  we need to keep working on his “language of understanding”, a language that connects Americans to the world, and by doing so, makes us all safer.