Google has released findings of their study on GenZ (13-17 year olds) to help marketers better understand this new generation of consumers. GenZ represents a quarter of the U.S. population and $44 billion (USD) in annual purchasing. Google partnered with Ipsos marketing and research specialists to explore this generation’s behaviors, tastes, and wants. The sample size was 2,013 respondents to an online questionnaire. The research revealed differences in mobile habits of Hispanic and black U.S. teens and Google released those findings in separate reports.

According to Google, while millennials were mobile pioneers, teens are mobile natives. The survey found that the average teen receives their first smartphone at age 12 and considers it a major milestone of their youth. Two in three teens are already making online purchases, with the most popular items being video games, books, and apparel. Teen survey participants indicated they were likely to perceive a product as “cool” if their friends were talking about it, if they saw an ad, or if the product was personalized. 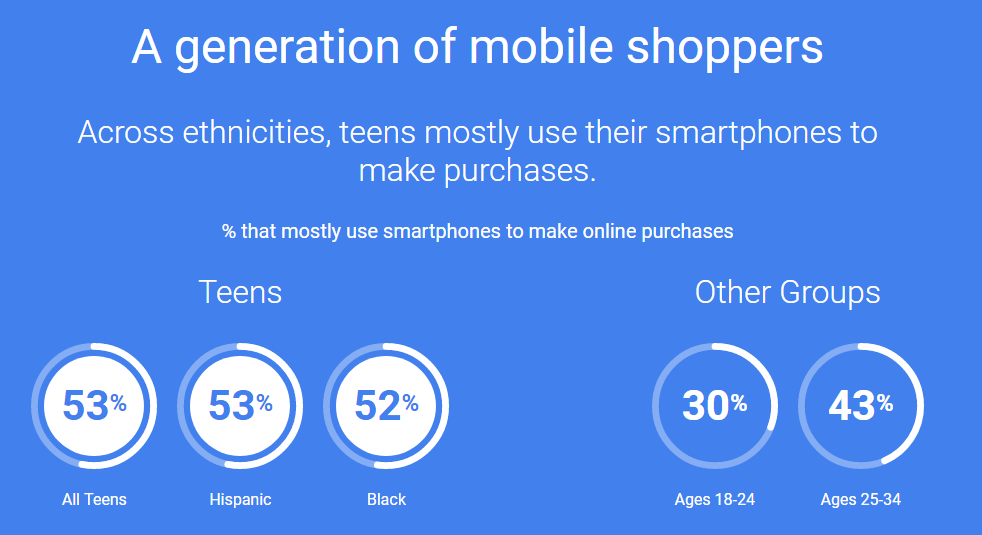 The survey also showed teens are equal parts aware of and wary of their dependence on technology—meaning their online lives are both spontaneous and carefully curated. The majority of survey respondents said their online following was important to them. 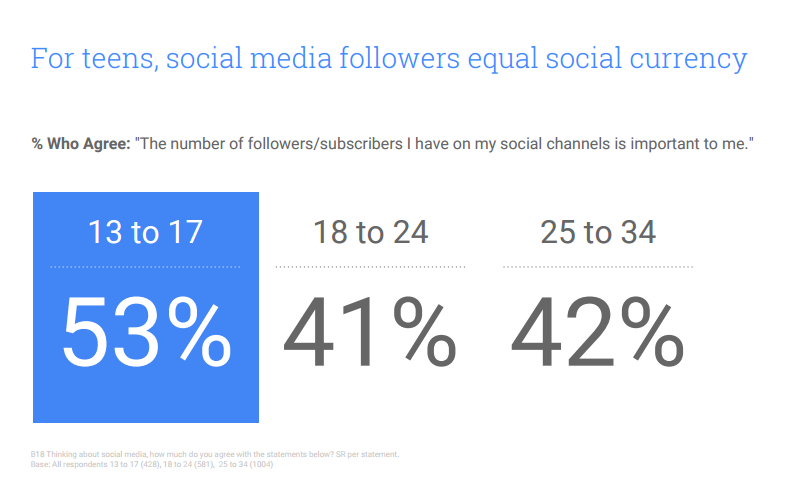 May 2017, WYSE Travel Confederation launched the 4th edition of New Horizons, the only recurring global survey of the youth travel segment. The survey was last conducted in 2012 and generated more than 34,000 responses from 137 countries. The survey will seek to answer many questions about young travellers, including how trips are planned and booked and why travellers chose certain locations.