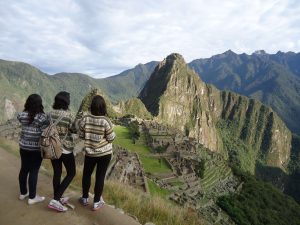 The travel industry is seeing a new convergence between young Asian and Western tourists’ travel expectations and consumption patterns. Digital and mobile are creating a shared generational experience, most notably in Generation Z, people born in the late 90s in both The East and The West. These days young Chinese, Korean, Japanese and Indian travellers share as much in common with their Western counterparts as they do with their parents.

“The internet’s ability to deliver engaging content is impacting East and West in similar ways – as are some of the broad macro-trends,” says Carolyn Childs, tourism strategist, co-founder of MyTravelResearch.com, and author of a new white paper in the Pacific Asia Travel Association (PATA) Connected Visitor Economy series called The Changing of the (Generational) Guard.

The digital natives of Generation Z are ‘technoholics,’ entirely dependent on IT, with limited grasp of alternatives, says the report. They are career multi-taskers often in part time ‘portfolio’ jobs. They aspire to security and stability. They crowd source solutions to tasks. They want to make a difference. They are relatively dependent on their parents – and quite happy to be so. They have had a smartphone in their hands since they can remember.

“They tend to see the internet as an extension of their self,” says Childs. “Their expectation is that all interactions both online and offline will be smooth, quick and easy. Their attention span is shaped by Snapchat. Whereas Generation Y (Millennials; born 1981-1995) seek constant feedback, Generation Z seeks constant dialogue – think instant messaging, WeChat, WhatsApp, Facebook Messenger, Kik,” she says.

Even more than the Millennials, Generation Z feels a sense of responsibility for the planet and a strong sense of ethics. “They expect to understand what you stand for and how you do things,” notes Childs. “Growing up for many means living with their parents. They share ideas for holidays with their parents as well as their friends.”

There are strong lifestyle generational changes across all demographics and identifiable life stages. This creates opportunities and challenges for tourism businesses, especially those that target specific generations. Do they change with their audience or do they focus on the next generation?

For example, Baby Boomers [born 1945-60] in the West is a large, affluent and time-rich demographic. “They expect the world to change around them and will embrace it as it does. What they won’t put up with is stereotyping or out of date images. They want to see themselves as they feel, not as we see them. Marketers who fail to appreciate this will be punished,” argues Childs.

Another key change to understand is the blurring of the boundaries between generations. “There is a growing recognition that demographics are not destiny. Many destinations now look at their target audiences through psychographic or needs-based profiling, rather than demographics,” says Childs.

“There are major demographic challenges facing destination marketing organisations. They need to be fully informed on the demographic nuances and rapid lifestyle changes underway across the generations,” she says.