Who are Generation Z? The latest data on today's teens

Today’s youngest generation with a label, born after 2000, are connected yet isolated, savvy but anxious, indulged yet stressed. They have grown up with social media, a constant proliferation of information on a fully mobile internet, the rise of Islamic State and other forms of terrorism. As these teenagers approach adulthood, against the political backdrop of Brexit and President Trump, how will they shape the future?

The single biggest difference between Generation Z and other generations is how connected they are, and have been since birth. On average, young people in the UK, aged between five and 16, spend three hours online every day. Connectivity permeates their lives – from friendships to relationships, news, entertainment, shopping – and has transformed how they interact. The most popular apps are Snapchat, Instagram and messaging app Kik; the average teenager has at least 150 followers on Instagram, and spends around half an hour a day on Snapchat.

Young people are also reported to have a much more fluid sense of sexual identity and gender. A National Citizen Service (NCS) poll of 1,000 teenagers published in October this year found that only 63% of teens aged 16 and 17 define themselves as 100% straight (compared with 78% of adults). Gender identity is also less binary, with 78% of young men identifying as 100% male, and 80% of young women identifying as 100% female, according to the same NCS poll.

How happy is Generation Z? A World Health Organisation survey carried out in 42 countries in 2013/4, and reported this year, found that young men and women in the UK are among the least satisfied with their lives, particularly 15-year-olds in England and Wales. The survey (which measures life satisfaction in relation to everything from relationships with family to school, mental health and drug use) showed that the highest rate of anxiety and health worries occurred among teenage girls in England, Wales and Scotland.

One of the starkest markers of Gen Z to date is the sharp rise in reported mental health issues. Young men and women in the UK are seeking treatment for low self-esteem, anxiety, depression and self-harm, in greater proportions than any other generation on record. (Some of this may be because these conditions were not widely diagnosed or understood in the past.)

According to the NSPCC, the biggest concern of young people calling its ChildLine in 2015/16 was mental health issues, accounting for 31% of telephone counselling sessions. In 1986, ChildLine’s first year of taking calls, the most common reasons for contacting the NSPCC were sexual and physical abuse, and family issues. Mental health concerns didn’t rank anywhere in the top 10. So what has changed?

“What we’re seeing is a generation of children who are expressing much more clearly that they are just generally so unhappy with themselves and the situations around them,” says Emily Cherry, head of participation at the NSPCC. “When it comes to low self-esteem, a lot of young people are putting that down to [concerns about] education, their future and the online world. Particularly the online world, and how it’s following young people around – it’s with them 24/7. Every time they switch on their phones they’re getting messages about parties they haven’t been invited to, or they’re seeing photos of their friends doing things, or their whole self-worth is based on how many likes they’re getting on Facebook. It absolutely permeates their sense of self-worth.” 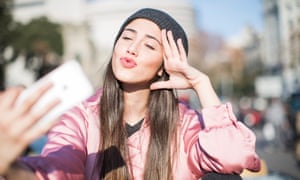 The mass availability of news has had an impact, Cherry adds, and there is a spike in the number of calls to ChildLine during major world events. “Not just terrorism – we also saw this with the US elections and Brexit. Online, they are seeing quite adult-focused news and phoning ChildLine really fearful for themselves and their future.”

However, Cherry also points out that many of the children contacting ChildLine are doing so because there are fewer mental health services available to them. “Child and adolescent services in particular are massively stretched in the current climate. There is no support available, and that’s a difference to what we were hearing in 1986.”

One of the most striking developments is the increase in depression and anxiety among young women in England, with more than a third reporting symptoms of distress, according to a survey of 13,000 14-year-olds by the Department for Education in 2014. Thirty-seven per cent of girls reported feeling unhappy, worthless or unable to concentrate, an increase of 4% since 2010, and more than double the proportion of boys reporting the same feelings.

Betsy de Thierry is a child and adolescent psychotherapist, and a founding director of the Trauma Recovery Centre, an organisation that supports traumatised young people across the UK. She says the levels of stress among the children and teachers she works with is unprecedented. “The pressure on young people these days is absolutely extraordinary – it has never been the same before. They’re living with lots of stress – their parents desperately wanting them to do well because of financial pressures, teachers wanting them to do well because they’ll be assessed,” De Thierry says.

She points to a shift of focus in schools, towards “hard” subjects and away from arts and sport, as one cause of increased pressure on young people. “I would argue that the biggest damage has been done in the reduction of creative arts, sports, music and free time. We know from neuroscience that young people are dependent on having time to play – that’s how their brains develop, how they make sense of the world and how they become healthy young people. Without that, their behaviour changes and they act out or act in – and when they act in, they can self-harm and get depressed.”

But the big positive is that teenagers are wise to the challenges facing their generation, and taking action. In 2014 the UK Youth Parliament, a youth organisation of elected members, voted to campaign on raising awareness around mental health issues among young people; in 2015, they called for greater health service provision and compulsory mental health education in schools, to help challenge damaging stereotypes.

This year, the youth parliament’s focus is on education, under the banner “Curriculum for Life”. They are calling for schools to put more on the syllabus about finance, sex and relationships, and politics. At the same time, the parliament has focused on tackling racism, religious discrimination and the dangers of hate speech.

Generation Z’s wider political engagement is going through a period of transformation. Young British voters have become more active in politics, with an estimated 58% of 18- to 24-year-olds voting in the 2015 general election, according to the British Election Study; this represents a significant jump, from 38% turnout among the same age group in 2005. For the EU referendum in June, an estimated 64% of young voters went to the polls, according to a survey conducted by Opinium and the London School of Economics – far higher than the initial gloomy estimates.

But while casting a vote at the polling station is one way of making your voice heard, young voters are finding other outlets for their political views. While their parents grew up in a world focused on two or three political parties and national debates, the approach of younger voters is quite different. Research by the European Commission in 2013 found that “young people regard voting as one option among many, and they show their political engagement in many different, issue-specific ways that can potentially influence policies more directly”. 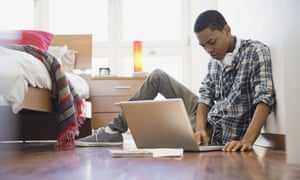 The feelings of social isolation reported by many teenagers can be hard for older people to understand. Photograph: Getty Images/Hero Images

While most of Generation Z are still too young to vote, their focus has shifted away from party politics to single-topic issues such as feminism or climate change; much of the civic engagement and organising they do takes place on social media rather than through traditional political structures.

Today’s teenagers might be our most abstemious yet. Smoking and alcohol use is at its lowest levels among young people in England since 1982, when records began, according to a 2014 NHS survey. Less than one in five 11- to 15-year-olds said they had smoked, while 38% of adolescents in the same age group had tried alcohol at least once – also the lowest proportion since records began. Drug use among under-16s was also down: 15% of 11- to 15-year-olds reported having taken drugs of any kind, a dramatic decrease from 29% in 2001.

The feelings of social isolation reported by many teenagers can be hard for older people to understand. “There’s a perception that this generation should be the happiest and the most content, because they’ve got so much connectivity, across the world, and so much information at their fingertips,” Cherry says. “But that connectivity is actually disconnecting people from real friendships and the opportunity to enjoy the world together. It’s creating absolutely unrealistic ideals that young people can’t get to.”

De Thierry believes the solution is more real-life contact and interaction. “We know that social isolation can have lifelong consequences on the brain and relationships and teenagers’ ability to make sense of the world. Depression and anxiety are already on the rise and being normalised. When children have childhoods, and young people are allowed to be creative and spend time with each other, then they shouldn’t be depressed or anxious.”

Without intervention, De Thierry anticipates an increase in adult mental health issues, unemployment and burnout. “People think they’ve got 1,000 friends but in actual fact, who really knows them? It’s probably nobody these days – not their parents, as they don’t eat together and are working longer hours. And not their siblings, possibly because they’re sitting in separate rooms on phones and they text each other. Being known is a really important part of being alive.”

The contradictions of connectivity are the real challenge for Generation Z and for society at large. In many ways, they already appear more responsible than their predecessors – more politically engaged and eager to reframe our perspectives on sexual orientation and gender, while demanding action on the issues of mental health, education, equality and racism. As they emerge into adulthood, we will see what world they make.