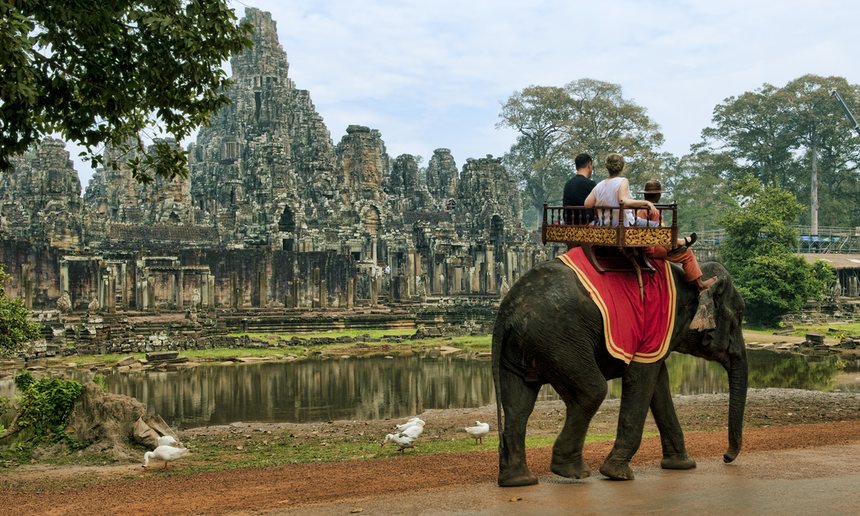 It’s an experience that has become one of those “must do before you die” moments: to swim with a large marine mammal. You reach out and stroke. So does everyone else. Then someone tries to hitch a ride.

Now internet giant TripAdvisor is launching a “no touching of wild animals” policy, whereby it will no longer sell tickets to attractions where travellers come into physical contact with captive, wild or endangered animals. As well as swimming with dolphins, the policy also covers petting tigers and elephant rides, a tourism experience that animal welfare charities have long campaigned against. It’s a move that many animal welfare and conservation charities have welcomed. Stephanie Shaw from PETA says: “We applaud TripAdvisor taking this stance, helping to raise awareness. Elephant training, for example, is brutal and cruel.”

Human and wild animal interaction has never been so available, nor so fraught with possible conflicts. Around the world, especially where government management is either inadequate or absent, wild animals are vulnerable to operators eager to push the boundaries. Often there are no controls. At the bottom of the market, you can find tigers doped to allow tourists to get close for a cuddle, or elephants thoroughly traumatised by violent training.

Richard Rees, director of the Maldives Whale Shark Research Programme, is clear about what goes on during whale shark trips: “In some places, it’s a free-for-all. We see touching, riding, flash photography, obstruction – all sorts of bad practices.”

At the same time as these kinds of experiences have flourished, TripAdvisor has grown into the world’s largest travel website, with 690,000 attractions listed and 385m reviews. Attractions listed on the site have been bookable since 2014, when the company acquired bookings firm Viator. TripAdvisor believes hundreds of businesses could be affected by its policy although it will not say exactly how many, or name the companies that will be affected. And while it will not sell attractions that allow physical interaction with animals, it will continue to list them.

So is this a massive leap forward in ethical tourism? Or a belated crowd-pleasing ploy that will do little to help?

But Rees welcomes TripAdvisor’s move, citing the company’s powerful influence. “Out in the real world, TripAdvisor is often the only voice that really scares operators. I like that we’ll have visitors with the right expectations about what good practice is.”

In addition to a ban on these ticket sales, TripAdvisor is introducing an education portal with information on animal welfare practices and advice and opinion from conservation charities. In future all listings that involve any interaction with wildlife will have a button that clicks through to the portal. The company hopes that users will be encouraged to write more informed reviews after reading this information. The bookings policy and portal will be implemented in early 2017.

The implications of TripAdvisor’s policy may be far-reaching. Elephant riding in northern Thailand, for example, is a big money-spinner in a relatively poor area. And while the elephant camps of Chiang Mai might suffer, other attractions, such as SeaWorld, notorious for its continued ownership of 29 orcas, will be unaffected. Danny Groves of the Whale and Dolphin Conservation Society points out that captivity is not being tackled. “This is a positive step, but it does not address the issue of promoting trips to see whales and dolphins that are held captive. It would be great to see TripAdvisor take action in this regard.”

Steve McIvor of World Animal Protection which has partnered with TripAdvisor added, “We hope it will only be a matter of time before TripAdvisor will also come to realise that it has to end sales to all cruel wildlife attractions, such as SeaWorld where the animals endure a lifetime of abuse and highly stressful training to perform. Until then we will provide the best education we can on TripAdvisor’s website to steer people away from cruel venues like these.”