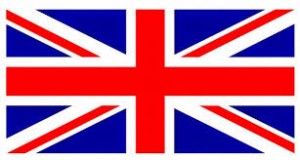 In her speech the home secretary warned businesses that foreign workers should not be able to “take jobs that British people should do”. Later it was made clear that the consultation paper will include an option to require companies to publish their proportion of international staff they employ.

Rudd’s announcement, coupled with the pledge to boost the proportion of British doctors in the NHS, came as ministers tried to demonstrate that they would not wait for Brexit to deliver cuts to the near-record level of net migration to Britain.

The new drive to reduce the flow of overseas students from outside Europe – who account for 167,000 of the 600,000 new migrants each year – is to focus on linking student immigration rules to the quality of colleges and courses for the first time.

Rudd said the Home Office would shortly consult on the new student immigration system and on tightening the resident labour market test that companies have to pass before recruiting employees from overseas, as part of the drive to reduce net migration – which currently stands at 327,000 – to “sustainable levels”.