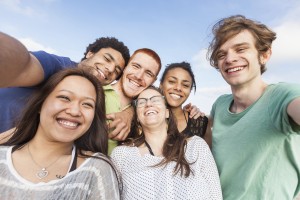 Education South Africa (EduSA), South Africa’s association for English language schools, has been pursuing – for more than a year now – policymakers and government leaders in South Africa with regard to changes made to visa regulations for international students entering the country. The changes have affected the possibility for students to travel to South Africa for the purpose of studying English as a foreign language (EFL) and the language schools that teach EFL – ultimately leaving the EFL industry of South Africa to languish.

According to a recent EduSA press release, EduSA has submitted court papers challenging the South African government for its “failure to make proper provisions for educational institutions.” Accreditation of the schools and the divergent opinions of the Department of Home Affairs and the Department of Higher Education and Training are the crux of the matter.

WYSE Travel Confederation’s research on global youth travel trends has found that the average spend per trip by youth travellers visiting South Africa is higher than the global average and that the destination ranks highly among young people who have visited. Moreover, in a report prepared for the 24th annual World Youth and Student Travel Conference (WYSTC), which took place in Cape Town September 2015, WYSE made several recommendations to South Africa regarding youth travel, including liberalising its visa restrictions for youth travellers and leveraging growth opportunities in the study abroad, language and work abroad sectors.

“It is truly unfortunate that South Africa is not realising the potential that exists for them in attracting young travellers to their destination,” said David Chapman, Director General of WYSE Travel Confederation.

“Now is the time to resolve this matter in cooperation with relevant industry associations, such as EduSA. WYSE research as recent as June this year following the Brexit vote in the UK indicated potential opportunities for alternative EFL destinations should UK visa policy become too restrictive as a result of its departure from the European Union,” continued David Chapman. “South Africa could be an obvious contender for this business, but not if its visa restrictions prevent international students from choosing it.”

The report Youth Travel in South Africa and the WYSE Brexit Survey summary are free to WYSE members and the general public to download.