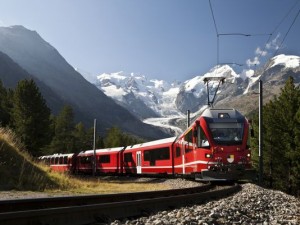 Growing economic and social turmoil in the entire continent of Europe has forced some of the politicians of EU to come up with an idea that can bring radical change in the mind of the youth of the continent. The idea is to let all the 18-year-olds travel throughout the continent with the help of just one special ticket. The politicians think that the idea will encourage them to extend their support towards the European Union.

The continent of Europe is known for their connectivity through a vast railway network. Numerous travellers and commuters prefer to take trains in Europe than the other alternative vehicles. At present the younger citizens of the continent can buy special tickets to travel across the entire continent in almost all trains for a limited period. The ‘Inter-rail’ facility has already managed to win the hearts of the teenagers, who buy the tickets to travel the countries under the European Union.

The idea of ‘Inter-rail’ has given hope to the leaders of the European Union. The politicians of EU think that ‘Inter-Rail’ has the power to make the participants feel more connected to the idea of being European than the idea of being French, Spanish or Italian.

In the middle of September, German politician of EU, Manfred Weber has raised the rhetorical question, “What would happen if every young individual was given a free Inter-Rail ticket for his or her 18th birthday, to experience Europe?”

Matteo Renzi, the Italian Prime Minister has supported the idea of giving away free tickets to the 18-year-olds. It has been found that the German government is also in favour of the idea to give free train tickets to the European young-adults.

According to Martin Speer, the man who advocated free Inter-Rail tickets since the year 2014, the particular charm of the idea is that it sends many positive signals for European integration and the younger generation. He has also informed that nobody would have to apply for it; everyone would receive the voucher when he or she turns 18 and would then have four to six years to make use of it.

The railway networks of Europe have revealed that as the western parts of the continent is well connected than the southern or eastern parts, the travellers will be able to travel easily in the Western Europe with the ‘Inter-rail’ trip.