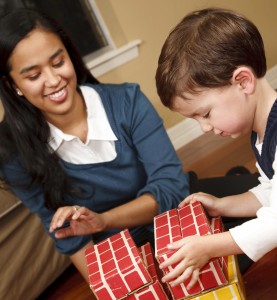 The Irish “live-in au pair” could become a thing of the past if minimum wage laws were enforced following a controversial ruling this week.

Agencies operating in the sector have said the State urgently needs to legislate for au pairs to work as part of a cultural exchange programme and not as domestic service under minimum wage laws.

A ruling by the Workplace Relations Commission (WRC) on payment has thrown the sector into disarray with families unsure of where they stand.

On Tuesday, the WRC ruled in favour of a Spanish au pair who had been in receipt of €100 a week, a rate found to be in breach of the law.

The woman, supported by the Migrants Rights Centre Ireland (MRCI), was awarded €9,229 and said she hoped it would end exploitation of “cheap labour”.

However, agencies said to equate au pairs to domestic service was to miss the point and threatens a family-based tradition.

“Some families would consider letting their au pairs go next week if they have to pay the minimum wage,” said Seán Kavanagh of the SK Dublin agency.

“If there is a danger of them being brought to the WRC for €5,000 or €6,000, they can’t take that risk and we are also in a very difficult position on how to advise families.”

Despite the concerns following the WRC case, it has actually brought about no change in the law.

There is no legal definition of “au pair” nor is there for “childminder” or “nanny”, the Department of Jobs said last night.

“Ireland’s body of employment rights legislation protects all employees who are legally employed on an employer-employee basis regardless of what title is given to them,” it said.

The WRC decision “does not constitute any change to existing employment law”.

For many agencies though, this goes to the heart of the matter: legislation similar to other countries should be introduced to protect au pairs and families but also to classify them within their own category of worker.

Mr Kavanagh cited the UK system which, based on a private contract with a family, allows for au pairs to work about 30 hours a week for £75 (€97).

“Somebody in government needs to look at this as an issue. They need to say, listen, this is a programme that is a benefit to Ireland.

“It needs regulation but it needs to be exempt from minimum wage.”

Corinna Duke, owner of Kangaroo Au Pair in Dublin, said the Irish system is based on the internationally recognised au pair cultural exchange programme where someone from another country lives with the family.

“What this rule says is that that aspect of the programme is essentially gone in Ireland because it’s now employment and that’s what I would have a concern about,” she said.

While all agencies acknowledge a minority of negative experiences, the overall position is minimum wage poses an existential threat to a family system.

“I just wanted to be part of another family like my own, to experience something else,” said Judith, a 20-year-old au pair from Germany who has been in Wexford since August.

She earns €110 a week and enjoys the benefit of a car.

“I knew that I would have a home here, somewhere to live . . . I chose au pair because I earn a bit of money but I don’t have to pay for food or anything.”

Like Judith, fellow-German au pair Maria (21), based in Dublin and earning €100, said the family and social side is invaluable.

“I enjoy the time with other people here. I meet a lot of people from other countries, lots of au pairs,” she said.

There are 20,000 au pairs placed in Irish homes yearly. The industry believes this would be slashed by up to 80 per cent with minimum wage.