Backpacker tax officially postponed until the new year – a win or stalling tactics?

Assistant Treasurer Kelly O’Dwyer advised the Government is going to hold off on implementing the controversial backpacker tax, which was set to take effect on July 1.  The postponement will buy the Government some time to undertake a comprehensive review with the aim to find a sustainable reform in early 2017.

Whilst some are hopeful the delay will eradicate the tax policy altogether, sceptics argue its a contrived election stunt to keep the opposition at bay.

Since the Government laid the proposal on the table, the debated backpacker tax has certainly caused upheaval within the Australian youth travel industry, with grave fears it will knock Australia off the podium and pave the way for other destinations to seize a bigger share of the working holidaymaker market.

This week, Australian tourism operators from all sectors of the industry have come together to attend Australian Tourism Exchange (ATE) on the Gold Coast – Australia’s largest annual travel and tourism event which attracts approximately 2.000 delegates. Joining the delegation of Sellers are a range of premier youth travel operators from around the country, adding the ever so vital youth travel offering to Australia’s showcase.

WYSE Travel Confederation spoke to a number of its members and industry stakeholders and it is clear the industry is suffering, particularly regionally based and smaller operators.  Reinforcing the Australian youth travel industry’s sentiment, was feedback from some of the world’s leading international Buyers who are also at ATE this week and who actively sell Australia and its working holiday programme.

Some Buyers are already seeing customers turn their backs on a cultural exchange Down Under and opting for destinations such as New Zealand and Canada where a working holiday would be more beneficial and their hard earned money will stretch a bit further and extend their stay.

So the big question is – has the damage already been done? 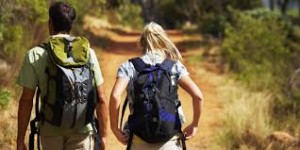