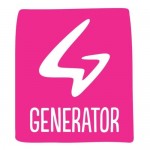 Generator Hostels is expanding with three new properties in Europe and its first in America, and it’s moving more aggressively into the business events sector.

The new Generators in Amsterdam, Stockholm and Rome will all open for summer business, while a 102-unit Miami property is scheduled to open in South Beach in 2017.

Like recent openings in Venice and Paris, the newest accommodations combine both single hotel-style rooms and traditional multi-bed hostel rooms. The single rooms are evolving into an interesting hospitality sub-sector for business travellers seeking a non-corporate hotel stay.

Generator’s tagline is: “Design Led Hostels.” The high-concept interior design in the public spaces is stewarded by Anwar Mekhayech, principle at DesignAgency in Toronto. He and Generator are helping elevate the hostel environment into the type of theatre typically associated with design hotels, by mixing motifs from different architectural styles and eras, and sourcing everything local.

The multi-use public spaces are designed just as much to draw residents from the local neighbourhood to create a vibrant social ambience unmatched in hospitality today. Especially at night, the hostels often morph into popular local bars.

Generator also launched an all-new website last week to push that lifestyle messaging even more to both locals and visitors.

Since its inception in the mid-1990s, the company has always offered an array of in-house programming such as live concerts, DJ parties, art openings and fashion shows. However, over the last few years, a growing volume of trendy corporate consumer brands have been booking the properties for their own special events in an effort to align with Generator’s hip brand experience.

Josh Wyatt, co-owner and chief strategic officer of Generator Hotels, says the company will be going after that market more aggressively in 2016. For example, half of the guest rooms on one floor of the new Stockholm hostel were removed to create a larger event space.

“The fact that we’re actually thinking about doing this is absolutely shocking, because when we first set out to look at creative hostels, or design-led experiences, we didn’t actually foresee or think that cool, on-brand corporates would start to look at the hostel space to have an event,” Wyatt explains. “But that’s the real story today. Companies like Uber and Urban Outfitters reach out to us now to launch a new event or tie-in at Generator.” 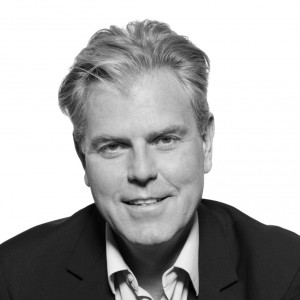 In this interview, Skift spoke with Wyatt and Fredrik Korallus (pictured), CEO of Generator Hostels, for an in-depth look at their future vision for the company.

Skift: How significant is your push into corporate events in the upcoming year?

The other is that we actually have some fantastic spaces that we can commercialize to create the most unusual events within our properties. That could be anything. It could be the most untraditional wedding on the planet. It could be incredibly stimulating, motivating corporate events and retreats, small brainstorming sessions, board meetings, whatever it may be. When you don’t want to go to the classic, traditional 3-star or 4-star venue, we can offer something that is incredibly compelling and trendsetting.

That’s going to be a very big focus for us in the second half of this year to now launch and define events programming for businesses and groups.

Skift: What is spurring that strategy?

Korallus: Market opportunity. The Generators are so incredibly aspirational. They’re places people want to go, like when you see Amsterdam and you see the auditorium or the library. They’re just an ideal place for a private small group event to create something that is memorable, different, which in this world of business today is what people want. Nobody wants to sit in that traditional boardroom or ballroom.

Skift: Are the new assets being developed with outside corporate and social events in mind?

Korallus: Yes. In Stockholm, we’re creating on the first floor a phenomenal event space that can do up to 120. It can handle everything from group events, press launches, product launches, music events, parties, whatever. With the technology we’re putting in terms of sound systems and all the facilities, it’s just a brilliant space. It’s the same thing in Paris. I mean, the rooftop in Paris, if you want to have an event, it’s just mind boggling. 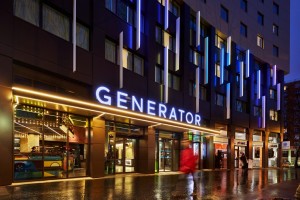 Skift: And now brands are reaching out to you for venue space?

Josh Wyatt: Yes, they are. Urban Outfitters just called us in Barcelona and said, “We’re going to open a new store down the street,” which is about four blocks away from us. “We want to use you for the product launch. One for the after party, and we want to use your penthouse suite and put all our VIPs in there.” So then we started to sort of say, wait a minute, why are people like Urban Outfitters and Ford Models calling us to do their events? Why are people like all these technology businesses like Canon calling?

Skift: So you replaced guest rooms in Sweden with event spaces?

Wyatt: We actually took 22 keys out of the inventory. It was 255-key hotel that we took over and it’s going to be now down to about 233 keys. Think about that for a second, because it’s highly unusual for a hostel. We took that out to create this multi-functional event space that really has four or five different personalities throughout the course of an 18-hour day. So the space at 7 a.m. will be very, very different to what it does at 10 am. or what it does at 2 p.m.

Korallus: Companies also want a venue for may types of events, like interviewing people to hire. We have places they’ll come in and say, “We want a different style space because we want to show our future employees something different that is more on brand with today’s young people and consumers’ likes and dislikes.”

This is all very new. Literally, we haven’t even really talked about this yet publicly. This is something that is being incubated and thought about right now to be developed in the second half of the year.

Skift: How do you address the word “hostel” when you’re negotiating with corporate businesses? It has such an indelible image. Although, what you are developing, especially in line with corporate events, transcends the backpack crowd that hostels have been traditionally associated with.

Korallus: First of all, the roots of the business is being a hostel. We offer a shared accommodation environment experience. We don’t shy away from it, but we don’t banner and headline the word “hostel” either. We can’t not tell the truth, right? Obviously, different companies and different markets and different generations have different perspectives on what a hostel is. In Europe, it’s hugely accepted. In North America, it’s gradually starting to be. Actually, one of our ambitions is to help the American consumer understand it today.

If you think of a traditional hostel years ago, you’d probably think of a few bad experiences. If you think Generator, it’s a totally new and totally different story, and something that is highly accepted by the customer.

Wyatt: It’s a mindset too, right? It’s about sharing a moment and sharing your space, whether it’s sharing a room, or more likely than not, it’s going down and having breakfast or dinner or a beer or a drink and sharing that moment where you’re truly engaging with other people. Hostels, other than maybe a couple of very talented, unique boutique hotel operators, are the only hospitality asset class that actually, without trying too hard, is for people who want to share moments together.

Skift: There’s a growing demand among older travellers, including business travellers, for single rooms in upscale hostels. That’s driven by the fact that hotel rates in urban cores are rising, and also, hostels like Generator offer an elevated design and social experience in the public spaces. What does the future of that growing demographic look like?

Korallus: That’s what we have. We don’t go out and seek business travellers and such, but they seek us out because it’s a cool place to be and it’s more affordable. About 30% of our bed stock is in single rooms or private, and 70% is shared. It also depends on the market.

Wyatt: Yes, Mobile World Conference in Barcelona recently booked all of the private rooms early. Another one, Web Summit just moved from Dublin to Lisbon. That was huge, huge business in the Generator in Dublin. I have friends working at Facebook who were like, “Dude, I’m going to check it out.” Not because they know me. They booked Generator because obviously it’s a lot more fun on a business trip than a nameless, faceless four-star hotel for three times the price.

They can afford the single rooms. Although, maybe junior people in their organizations are going to stay in the shared accommodations. 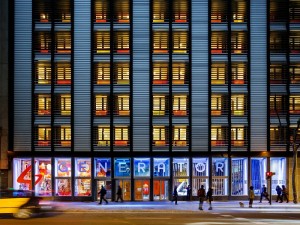 Skift: Some of us at Skift are going to South by Southwest in Austin next month. We would be interested in booking rooms at a property like Generator, if one existed there, but we would want single rooms. Three years ago, that conversation wouldn’t have made sense. Nobody then was really talking about going to a corporate event and staying at a hostel.

Korallus: Sure, we get a lot of Google in Dublin, for example, who want to use our venue to have a meeting, and they’ll have people stay at the property. If you go anywhere else in Dublin today and try to book a hostel room, if you don’t know what you’re booking, you can buy a bed for 10, 12 euros at our competition. With us, you are spending 35 to 50 euros because of our positioning, our design, our programming, our event planning, our activation. The business customer likes all that just as much as the leisure customer.

Wyatt: The reason why we can charge less than a hotel room is that when you walk into the hostel, you don’t have a bellman. You don’t have a concierge. There’s probably 10 other operational touch points that are reduced. Then you go in the room. From the design and FF&E (furniture, fixtures and equipment) perspective, and the collateral perspective, we’ve really stripped down the room to be functional and very comfortable, but not superfluous.

Whereas in our hotel room here in New York last night, there’s about 60 things in that room, little things that are all over the room, that I physically will never touch but they’re there. That requires housekeeping to check them and inventory them. It requires maintenance to maintain it, etc. I’m not saying it’s a poorly designed room. It’s simply a room that just has stuff that people don’t use. That is what effectively forces the owner and the hotelier to drive a higher rate.

We, on the other hand, have said, “You know what, let’s focus on these simple few things. Let’s be synchronized on what we’re doing, and who we’re doing it for.” So we’ll save a lot of money because of that, which we’re then going to put into a better Generator user experience. We’re very proud of that.