Farm and tourism groups have submitted their plan to reach a compromise with the Federal Government on its proposed backpacker tax changes. 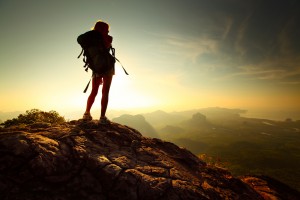 Tourism Minister Richard Colbeck is conducting a review into the proposed changes, which outline a series of measures, including a 32.5 per cent tax rate from the first dollar earned by travelling workers.

Senator Colbeck was appointed to lead a review into the tax after the Federal Government conceded the proposed changes could damage Australian agriculture and tourism.

At a meeting on March 21 Senator Colbeck held a workshop with industry groups and gave them until April 6 to come up with a “cost-neutral” alternative to the changes proposed by government.

The National Farmers Federation (NFF) and other primary industry and tourism representatives wrote to the Senator yesterday to offer a compromise.

NFF spokeswoman Sarah McKinnon said industry had come up with a solid plan.

“We’ve put forward a proposal for a flat rate of tax for backpackers in the range of 15 to 19 per cent,” she said.

Ms McKinnon said the submission to the review also outlined a plan to change superannuation payments to foreign workers.

She said superannuation had been an issue for a long time.

“Many of our growers still struggle to understand why we pay superannuation to people who are only here for six to 12 months,” she said.

“What we’ve tried to do is find a way to use that resource more effectively.

“Many backpackers have super paid into accounts they never claim […] the Government can use that money to reinvest that money into youth unemployment programs.”