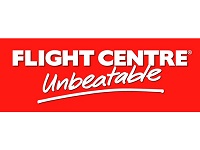 “Overall, we have started the year reasonably, given the conditions and the investments we have made,” Flight Centre’s managing director, Graham Turner, said.

Every one of Flight Centre’s key reporting lines, from Australia to the United States and UK, experienced revenue growth. Total store numbers across the global network rose from 2,759 to 2,943.

Pleasingly, an interim dividend of 60 cents per share was declared, up 9.1% from the prior corresponding period. The fully franked dividend is payable on April 14, 2016.

“Our financial results, particularly the $1billion first half TTV increase, have been encouraging and we have made significant enhancements at an operational level,” Mr Turner added. “Importantly, we have maintained an exceptionally strong balance sheet, while acquiring businesses to fast-track our growth in key sectors, and made significant strategic progress.”

Debt fell from $32.8 million to $21.2 million, while Flight Centre’s cash balance stood at $429.8 million – leaving the company in a strong net cash position. That’s despite the company making a number of acquisitions during the half.

Looking ahead, the company remains focused on travel retailing, experiences, corporate, and youth sectors. It says it will expand its network of non-travel businesses and is considering a longer-term plan to develop “travel incubation hubs”.

For its 2016 financial year, the company reaffirmed profit before tax guidance between $380 million and $395 million, excluding the ACCC refund, potential intangible impairments in the US and India, and any unforeseen items.

“If we achieve our target, we will top last year’s result by 4-8% and the record $376.5 million underlying PBT we achieved in superior conditions two years ago,” Mr Turner said. “While we will be disappointed if we do not achieve our goal, establishing a new profit milestone will not be a formality given our size, the strategic investments we are making and the volatile conditions in some geographies heading into our peak booking months.”