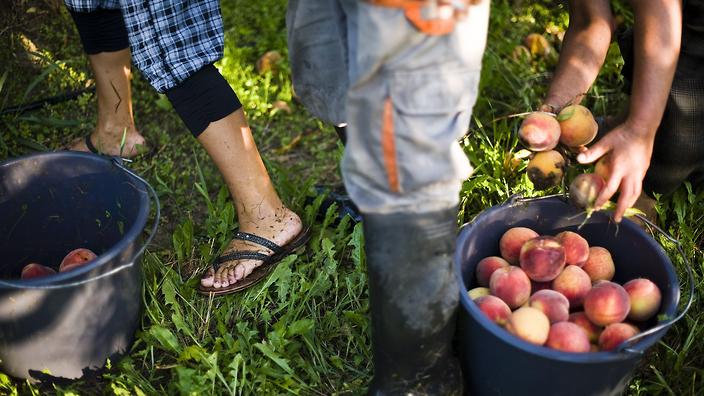 Agriculture and tourism bodies are calling on the federal government to scrap tax changes they say would stop backpackers coming to Australian on working holidays.

Farming and tourism organisations are teaming up to fight the so-called ‘backpacker tax’. The tax would see the federal government increase the amount of tax backpackers working in Australia would pay to 32.5%.

From July, the government wants to tax overseas workers, who typically work seasonal jobs in industries like agriculture, at the rate of non-residents. They will also lose the tax-free threshold of AUD 20,000 and will pay tax as soon as they start earning money.

But the National Farmers’ Federation has spoken out against the changes, instead suggesting an effective 19% tax rate that would be achieved by just scrapping the tax-free threshold.

He said backpackers typically worked low-paid jobs and made on average AUD 15,000 during their stay, but contributed AUD 3.5 billion to the Australian economy.

Mr Armstrong said the loss of agriculture and tourism revenue that would result from the tax change would negate any gains.

Cotton Australia has also joined the campaign saying “up to two-thirds of the casual workforce in the Australian cotton industry are backpackers”.

“Without access to this crucial labour source, Australia’s cotton industry faces the potential for staff shortages, which could impact productivity and reduce our international competitiveness,” Cotton Australia CEO, Adam Kay said in a statement.

“Removing backpackers from the labour pool is a double threat to rural communities, because not only does it affect the viability of individual cotton farm enterprises, but also removes spending workers from the towns our industry supports.” 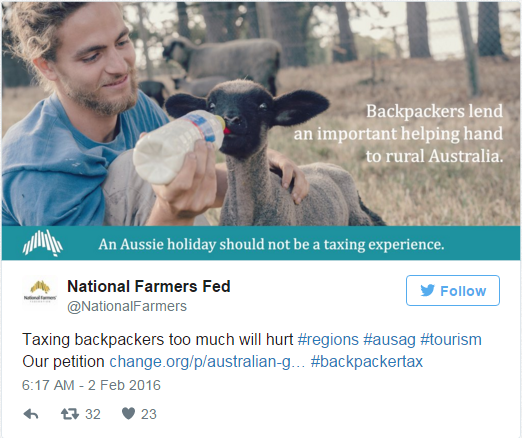 Tourism and Transport Forum Australia (TTF) and the National Tourism Council have also spoken out against the policy.

“The government says this will raise AUD 540 million however, if the number of working holiday makers drop off as a consequence or the amount they work goes down, this figure is already questionable,” National Tourism Council manager Steve Whan said.

“The evidence is clear: working holidaymakers do not displace Australian workers, but instead create more economic activity and more jobs.”

TTF chief executive Margy Osmond said the tax change would make it difficult for backpackers to afford to stay and work in Australia.

“Backpackers have the entire world to choose from for a working holiday and the Australian government’s policy to slug them with AUD 540 million in a new backpacker tax is encouraging them to go elsewhere,” she said in a statement.

“We are encouraging the government to reject this false economy and work with the tourism and agriculture industries to make our country and welcoming and competitive place for backpackers to visit on a working holiday.”

The organisations are encouraging people to sign an online petition calling on the government to scrap the changes.