New Legislation Would Bring Youth Hostels Back To NYC 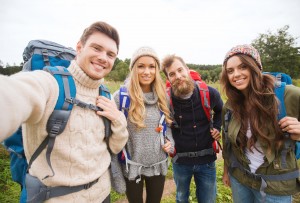 These days, New York State’s Illegal Hotels law is most often cited in conjunction with Airbnb.

According to the 2010 law, New Yorkers cannot rent out entire apartments for under 30 days if the tenant on the lease is not present. High-turnover pseudo-hotels operating out of private residences not only erode the city’s dwindling housing stock, they’re also illegal.

But a group of City Council members is pushing for an amendment to the law, which they say has had a negative consequence: Because hostels were never officially defined in the city’s list of building classifications, they are subject to the same laws as apartments, and cannot be rented out to travellers on short-term visits. In other words, youth hostels are illegal in NYC.

According to the proposed legislation, hostels would get official recognition under the city building code. The city would also open a special office to regulate them, and permit hostels only in commercial neighbourhoods.

“This legislation is about levelling the playing field when it comes to providing inexpensive accommodations for travellers—especially for young travellers from foreign countries,” said Council member Margaret Chin in a statement.

According to Chin’s office, the legislation eliminated more than 50 youth hostels when it went into effect five years ago, and has cost the city millions in potential revenue.

A handful of “hostels” currently operate in NYC, but are technically registered as hotels in city records and offer “hostel-like” amenities, according to AM New York. (Unlike hotels, hostels rent by the bed, rather than the room.) The only true hostel in NYC is the non-profit organisation Hostelling International on the Upper West Side, which operates under a special permit awarded in 1989. Nightly rates start from $49, according to the hostel’s website. The city’s official tourism site estimates that the average daily room rate for a traditional hotel in 2014 was $297.

Chin added that youth hostels could serve as effective competition for Airbnb.

“Current law eliminates the competition for Airbnb, which is taking thousands of units of affordable housing off the rental market,” she said. “Without alternative, reasonably-priced accommodations, youth travellers will either continue to sidestep the Big Apple, or worse yet, hunt for illegal apartment rentals through Airbnb, accelerating our affordability crisis.‎”